Google has built a 2,000-person strong team of what it calls “Inclusion Champions” over the last three years to help test out prototypes of new devices and services to ensure that everything the company releases, from the latest Pixel phone to the newest Assistant feature, is built from the ground up to address people of all shapes, sizes and colors.

“No matter where you come from, what you look like, we’re building for billions of users. We’re building for everyone,” Annie Jean Baptiste, Google’s head of product inclusion, told Digital Trends exclusively on Wednesday at CES.

Baptiste plans to reveal more about the team in a blog post that will publish Thursday morning and detail some of the efforts the team has made in the past few years to impact products from the tech giant. That means addressing bias from the start, but also things like building more affordable products like the Pixel 3a to help bridge the digital divide and going into communities to see what all users need. It means strong partnerships with local and underrepresented businesses, along with a supplier diversity program.

How it all started

The team began with an email from Peter Sherman, an image quality engineer, who noted while working on the Pixel phone’s camera that image tones weren’t necessarily rendering everyone’s skin tones accurately. Sure, it was effectively detecting the difference between two Caucasians in the test lab, but what about the wide array of skin tones that aren’t white? That was a problem — and not because of some inherent flaw in the technology.

“The technology itself isn’t racist, it’s just that it wasn’t tested enough to determine that the product designers themselves weren’t unconsciously biased,” Baptiste explained. Sherman sent her an email asking how exactly he could ensure that his product wasn’t biased. What was the process? Baptiste realized there wasn’t one … and set out to build it. Google engineers fine-tuned the image sensors of its phones, color training the image sensors on models of all skin colors.MORE: Weird smart home gadgets of CES 2020: Toilet paper robots and more

Since then, Google has made companywide efforts to promote diversity. “We’ve trained 12,000 technical engineers to learn about inclusive design and how to bring it into their goals,” Baptiste told Digital Trends.

Baptiste, a black woman of Haitian descent, has been with Google for 9 years. She said it’s important for product designers to keep in mind all the different modalities that shape a person’s interaction with a device, including ethnicity, gender, age, culture, ability level, socioeconomic level and more. And to keep them all top of mind at all times.

“I’m not black on Monday, a woman on Tuesday, and left-handed on Wednesday,” she said. “It all comes back to empathy, and coming back to users that may not look like the product team.”

The team may not have the power to pause the launch for a product going awry; there’s no red button to stop a launch, in other words. But it has support from senior leadership, she noted, and teams do correct when they realize they are off track.

“We’ve seen teams pause, revamp, and go back to the drawing board to fix things before they launch,” she said.

Diversity and inclusiveness are hot-button topics in the technology community these days, and certainly top of mind at CES. The show itself has been traditionally male-centric, with a history of “booth babes” that the CTA would just as soon forget. The organization is working to change that with a focus on promoting diversity at the show.

Google itself has come under fire internally for ongoing issues around diversity. The company had to deal with a 2017 sexist letter from an employee, allegations that it pays men more than women, and protests regarding the way it handled sexual harassment claims against top leadership. The National Labor Relations Board is even investigating Google’s firing of the “Thanksgiving Four,” a group of employees — three of whom identify as LGBT — who led several of the protests and were working to organize a union.

The entire tech world is wrestling with the same issues as Google: If the team building an A.I. chatbot is white, male, and all about 25 years old, will it accurately reflect the world at large? Google’s approach is to bake diversity into the entire process, and it’s definitely not something the company has solved yet. Per the company’s latest diversity report — published in 2019, it reflects data for 2014 through 2018 –Google is 67% male and 33% female. And its staff is overwhelming white and Asian, with just 7% of staff Latino and 5% black.

“We’re definitely on the journey and this is new,” Baptiste admits, adding that it’s only through struggling that progress can be made. “If you aren’t thinking about inclusion until the end, it’s going to be harder to ensure that technology is inclusive.” 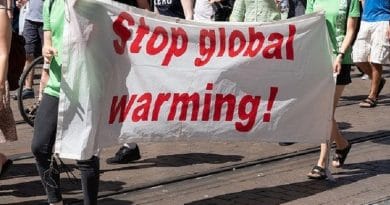 US return to Paris Agreement shows strength of global climate accord 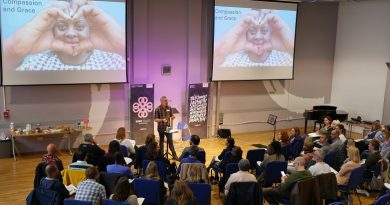