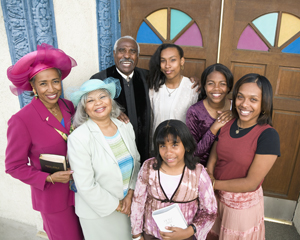 “The ‘Windrush Generation’ were a group of people, whose life experiences were shaped by the historic struggle to make life in the Caribbean after the horrors of slavery, and by the on-going deprivations of colonialism and structural racism.”

Theologian Dr Anthony Reddie reminds us of the great wisdom to be learned from the ‘Windrush Generation’ about life, faith in God and overcoming hardship

One of my earliest memories is sitting in a small plastic bath, being bathed by my Auntie ‘Dotty’, the older sister of my mother.  I was about 5 years old, and this was Bradford in the late 1960s.

I am the eldest child of Lucille and Noel Reddie, both of whom came from Jamaica to the UK in the late 1950s. I was born in 1964. What I remember very clearly was sitting in the bath and being interrogated by my Auntie, who was asking me who had broken her glasses earlier that day. She knew it was me who had broken the glasses, but I was denying it. She looked at me and said, “Now, tell the truth and shame the devil, Anthony.”

This was a remarkable woman, who had lost children and a husband; had lived through remarkable hardship – first in Jamaica and then in 1950s England – and, through it all, her hard work, fortitude and commonsense wisdom, born of experience, had carried her through.

As I grew up in working class Bradford, I realised that I was being shaped by the wisdom and experience of my older relatives. The ‘Windrush Generation’ were a group of people whose life experiences were shaped by the historic struggle to make life in the Caribbean after the horrors of slavery, and by the on-going deprivations of colonialism and structural racism.

When I began my postgraduate studies, looking at Black Christianity in Britain and across the African Diaspora, I realised that an important element, which had been underexplored, was the theological and faith legacy of the Windrush Generation in Britain.  I could not have undertaken postgraduate studies for a doctorate without the hard work and fortitude of this generation of people.

In order to address this shortcoming, I decided to undertake some research with older Black people, looking at how the combination of faith in Jesus; the experience of wrestling with the inheritance of slavery, and the oral traditions passed on through succeeding generations had created a legacy that had transformed Britain.

The result of this research, interviewing countless numbers of older Black Christians in Birmingham, London and Yorkshire, led to the creation of one of my earliest books, Faith, Stories and the Experience of Black Elders: Singing the Lord’s Song in a Strange Land, which was published in London by Jessica Kingsley in January 2001.

One of the central features of the book was an attempt to capture the dynamic quality of Black Christian faith, and how those qualities had influenced succeeding generations of Black people. I was reminded of the crucial imperative that the Christian faith is more caught than taught. I had learnt this from one of the great Black woman scholars in the US, Ella Pearson Mitchell who, in turn, had adapted it from St Augustine.

Faith, Stories and the Experience of Black Elders: Singing the Lord’s Song in a Strange Land outlines the way in which personal narratives (testimonies, if you will) are a crucial resource in both the content and the process by which matters of faith, spirituality and identity (personal and corporate) are established. The crucial person from whom I ‘caught my faith’ was my mother. The lessons of ‘Telling the truth and shaming the devil’, or ‘If you want good, then your nose must run’ or ‘The higher the monkey climb is the more ’im get exposed’ were life lessons that taught people how to live, how to endure hardship, and how to win through.  A central part of the research was the importance of proverbial wisdom, ways of knowing and learning the truth that arises from experience. Such proverbial wisdom is summed up in a series of wise sayings.

One of my favourite stories that came out of the research, which is detailed in the book, is the importance of not being ‘craven’ – excessively greedy. I remember several of the older Black women repeating the phrase “You shouldn’t be too lickey lickey and nyamey nyamey.”  In the tropical weather of the Caribbean – especially before refrigeration – where food goes off very quickly, being greedy and wanting to eat food without checking it first is a dangerous, bad habit to develop.

In writing the book, I realised that the radical and politicised work of Black Liberation theology, which I have helped to pioneer in the UK alongside others, is underpinned by the steadfastness and strength of character of these ordinary Black people of faith.

The book is an old one now. It didn’t sell that well when it came out. Given the challenges and problems we have in our many Black communities in Britain today, we could do worse than reflect on the values bequeathed us by the Windrush Generation.

Faith, Stories and the Experience of Black Elders: Singing the Lord’s Song in a Strange Land reminds us that we have travelled this far by faith, and by the perseverance of dedicated people whose legacy to us has been the gift of knowing how to live.

Dr Anthony Reddie is a Black Theologian, author and editor of ‘Black Theology: An International Journal’.  Faith, Stories and the Experience of Black Elders: Singing the Lord’s Song in a Strange Land is available at www.amazon.co.uk

And There Was War by Daniel Wong 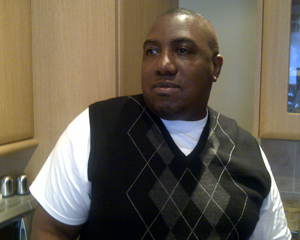 Why are men missing from the pews?