US congresswoman Ayanna Pressley has revealed she is completely bald because of the hair-loss condition alopecia.

The Massachusetts Democrat told The Root that she started noticing her hair was falling out last autumn.

She eventually went totally bald in December, the night before Congress voted to impeach Donald Trump.

Sharing the video on social media, Ms Pressley later said: “As a Black woman, the personal is political. My hair story is no exception.”

Ms Pressley, 45, is a member of the so-called “Squad” of four progressive Democratic congresswomen of colour.

In an interview with The Root website, Ms Pressley said she first got her signature hairstyle – Senegalese twist – four years ago.

“I was very aware this hairstyle could be – would be – filtered and interpreted by some as a political statement that was militant,” she said in the video. “People said: ‘People will think you’re angry’, and I said: ‘Well they already think that.'”

Over the years, she said, it became a symbol of representation and power for young African-American girls.

Ms Pressley added: “My twists had become such a synonymous and conflated part of not only my personal identity and how I show up in the world, but my political brand.

“That’s why I think it’s important that I’m transparent about this new normal, and living with alopecia.”

Later in the video, she took off her wig – revealing her baldness for the first time in public.

After the video was published, viewers, activists and colleagues tweeted their support of Ms Pressley – including her fellow “Squad” congresswomen, Ilhan Omar, Alexandria Ocasio-Cortez and Rashida Tlaib.

Ms Ocasio-Cortez tweeted: “Could you imagine losing all your hair on the eve of an enormously public day? And then turning that intensely intimate ordeal to make space for others? Ayanna, you are a living blessing.”

Alopecia affects about a third of women of African descent, according to a study published in the medical journal Clinical, Cosmetic and Investigational Dermatology. Another study, published in the Journal of the American Academy of Dermatology last year, found that African-Americans were more likely to experience alopecia than other ethnic group in the US.

The most common form of the condition affecting black women is traction alopecia, which is caused by hair being stressed at the roots.

Other forms of the condition include alopecia areata, which causes patches of baldness; alopecia totalis, which causes total baldness on the head; and alopecia universalis, which leads to complete hair loss all over a person’s body.

About 6.8 million people in the US are believed to have alopecia, according to the US-based National Alopecia Areata Foundation. 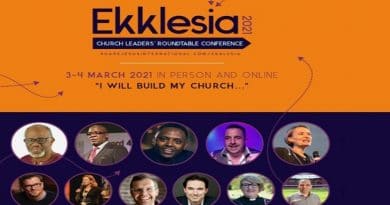