Today is Martin Luther King Day, a day where we honour the achievements of the trailblazing civil rights leader, Martin Luther King, Jr. The day, also known as MLK Day, has been celebrated on the third Monday in January ever since 1983. There had been a campaign to create the national holiday since Martin Luther King’s assassination in 1968. Most businesses, schools and colleges in the States are closed today and although there are few ingrained traditions, it is a day to reflect and think about the work of the much-revered activist, whose teachings are every bit as pertinent today as they were in the 1960s.

Here are some of his most notable quotes, taken from letters, sermons, speeches, and of course, his famous I Have a Dream address.

‘I have decided to stick with love. Hate is too great a burden to bear.’

‘I have a dream that my four little children will one day live in a nation where they will not be judged by the colour of their skin, but by the content of their character.’

‘Nothing in all the world is more dangerous than sincere ignorance and conscientious stupidity.’

‘We’ve got some difficult days ahead. But it really doesn’t matter with me now because I’ve been to the mountaintop… I’ve looked over and I’ve seen the promised land. I may not get there with you. But I want you to know tonight that we as a people will get to the promised land.’

‘He who passively accepts evil is as much involved in it as he who helps to perpetrate it. He who accepts evil without protesting against it is really cooperating with it.’

‘Let no man pull you low enough to hate him.’ ‘We know through painful experience that freedom is never voluntarily given by the oppressor, it must be demanded by the oppressed.’

‘I believe that unarmed truth and unconditional love will have the final word in reality. This is why right, temporarily defeated, is stronger than evil triumphant.’

‘For when people get caught up with that which is right and they are willing to sacrifice for it, there is no stopping point short of victory.’

‘We must accept finite disappointment, but never lose infinite hope.’

‘Life’s most persistent and urgent question is, “What are you doing for others?”‘

‘In the end, we will remember not the words of our enemies, but the silence of our friends.’ 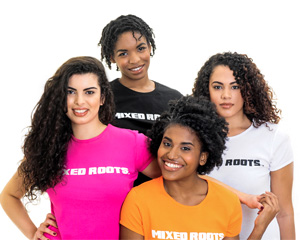 It’s time to change the world