The majority of black and minority ethnic teachers in British schools have experienced microinsults, microinvalidations and other forms of covert racism in the last year, a poll suggests.

More than a third (37 per cent) of BME teachers think the problem has worsened in schools over the past 12 months, according to a survey from teachers’ union the NASUWT.

BME teachers who challenged unacceptable language or behaviour at work said they had typically been described as “oversensitive” “paranoid” or “aggressive” when bringing the issue to light.

A poll, of more than 400 BME teachers, found that 54 per cent have experienced actions they believe are demeaning to their racial heritage or identity — known as microinsults — over the past year.

Nearly three in five (59 per cent) also said they have encountered everyday attempts to exclude or deny the validity of their identity, thoughts, feelings or experiences — often described as microinvalidations.

Some examples include asking a BME teacher where they were born, as it conveys they are outsiders, as well as asking them how they got their job, as it suggests they may have been given it to fulfil a quota.

Nearly half (46 per cent) said they were not confident about reporting racial discrimination, racial bullying or racial harassment to their employer because of a lack of support in schools.

It comes after teachers and campaigners revealed to The Independent that schools are unfairly punishing black students for their hairstyles, wearing bandanas and “kissing teeth” because of racial bias.

They warned black students are being disproportionately targeted by “draconian” zero-tolerance behaviour and uniform policies in schools, as well as subconscious negative stereotypes.

Chris Keates, acting general secretary of the NASUWT, said: “BME teachers continue to be subjected to unacceptable racist remarks, negative comments and derogatory behaviours because of their racial origin.

“It is concerning that racism in schools and colleges is becoming more covert; taking the form of microinsults and microinvalidations, which are often dismissed or downplayed by senior managers.”

BME members of the union say having a zero tolerance policy on racism in schools, alongside anti-racism inspections and stronger government regulation, would help to tackle racist attitudes.

Ms Keates has called for much more action from the government to ensure “no pupil or teacher is held back because of their ethnicity or faith”.

She added: “All of the NASUWT’s own research shows the BME teachers face greater barriers and discrimination in gaining promotion and pay progression than the generality of teachers, and that overt and covert instances of racism are a daily reality for too many BME teachers.”

Geoff Barton, general Secretary of the Association of School and College Leaders, said: “We are very concerned to hear of the negative experiences of BME teachers. Our experience is that schools champion diversity and work against any form of racism, covert or otherwise.

“However, the experiences of these teachers demonstrates that there is more work to do and that we must redouble our efforts.”

Earlier this month, the University of Sheffield announced that it was going to hire 20 of its own students to challenge “microaggressions” on campus and reduce experiences of racism. 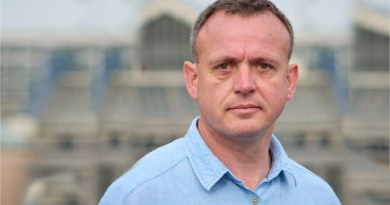