Israel and its neighbors are a rich archaeological ground. Hardly a month goes by without the excavation of some 2,000-year-old bit of human history. This past year was no exception. Archaeologists uncovered new mosaics, altars, churches and villages with ties to ancient Hebrew and Biblical texts. They also found new secrets in texts themselves. Read on for some of the most intriguing biblical discoveries of 2019.

An altar with a tale to tell

A stone altar discovered in Ataroth, Jordan, is etched with tantalizing clues about a rebellion that took place more than 2,800 years ago.

The rebellion is mentioned in the Hebrew Bible, which tells of an uprising by the kingdom of Moab against the kingdom of Israel. According to the Biblical tale, Moab had to pay Israel tribute in the form of lambs and wool. Then, the king of Moab, Mesha, grew frustrated with this arrangement and raised an army against the larger power. A stele, or inscribed stone, discovered in 1868 in Dhiban, Jordan, records that Mesha successfully conquered the Israeli-controlled city of Ataroth.

The altar, first excavated in 2010, was analyzed and its contents reported in the journal Levant this year. Its inscription — partly written in the Moab script — confirms that Mesha and his army did conquer Ataroth, mentioning the loot of bronze from the defeated city. Another portion of the inscription describes 4,000 foreign men “scattered and abandoned in great number” and mentions a “desolate” city.

Church of the Apostles?

A Byzantine-era church discovered in northern Israel may be a long-lost place of worship built above the home of the apostles Peter and Andrew.

The structure was discovered this year near the Sea of Galilee. It dates back about 1,400 years and still holds the remains of intricate mosaics and carved marble. Its discoverers believe that the church may be on the site of the Jewish fishing village of Bethsaida, the town where Jesus Christ is said in the Bible to have fed 5,000 people with five loaves of bread and two fish. If so, the church could be the legendary “Church of the Apostles,” which was built to honor two of Jesus’ original disciples, one of whom (Peter) would become the first leader of the early Christian church.

The claim, however, is disputed by other researchers, who argue that they’ve been excavating Bethsaida at a nearby site called et-Tell. Stay tuned for further excavations that might settle the debate.

Origin of the Philistines

One of the most intriguing Biblical discoveries of 2019 occurred not in desert sands, but in the DNA of ancient individuals buried at a Philistine archaeological site.

The DNA analysis suggests that the Philistines descended from people who migrated to the Levant (an area encompassing the eastern Mediterranean) from Greece, Sardinia or the Iberian Peninsula some 3,000 years ago.

The Philistines are a people repeatedly mentioned in the Hebrew Bible and also in the writings of ancient Egyptians. These texts led archaeologists to the city of Ashkelon, in what is today Israel, where they found artifacts reminiscent of those seen in Bronze Age Greece. The new genetic analysis cements those ties, showing that these cultural relics were brought by migrants to the Levant.

Remember that stele from Dhiban, Jordan, that told the tale of King Mesha defeating the Israelites at Ataroth? Well, that same stele was at the center of another Biblical controversy in 2019: Does its inscription confirm the existence of a Moab king named Balak?

Balak gets a mention in the Hebrew Bible’s Book of Numbers, but there hasn’t been any non-Biblical confirmation that he existed. This year, researchers at Tel Aviv University in Israel tried to decipher some of the hard-to-read portions of the Mesha stele (which is broken and held at the Louvre in France) using a rubbing of the stele that was created before it was broken. They concluded that one fragment contained a B, which may stand for Balak … or for something completely different.

“We can read one letter, b, which they’re guessing may be filled out as Balak, even though the following letters are missing,” Ronald Hendel, a professor of the Hebrew Bible and Jewish Studies at the University of California, Berkeley, who was not involved in the study, told Live Science. “It’s just a guess. It could be Bilbo or Barack, for all we know.”

A village with ties to Jesus’ crucifixion

The Gospel of Luke in the New Testament tells the story of Jesus’ return after the crucifixion. According to the disciple, Jesus appears before two followers on the road to Emmaus, which is 60 stadia (10 to 12 kilometers) from Jerusalem. This year, archaeologists reported that they may have discovered Emmaus — though the identification remains controversial.

Israel Finkelstein, professor emeritus at the Institute of Archaeology at Tel Aviv University in Israel, and Thomas Römer, a professor of biblical studies at Collège de France, argue that the archaeological site of Kiriath-Jearim, which sits the proper distance from the Old City of Jerusalem, is actually Emmaus. Fortifications discovered at the site match what is known from written records of Emmaus. But there are other sites that are also contenders for the real location of Emmaus, so it’s not yet clear if Kiriath-jearim is the real holder of the title.

A fire in the seventh century may have destroyed an elaborate church in the ancient city of Hippos, but it couldn’t wipe away a mosaic depicting one of Jesus’ miracles.

Archaeologists found the mosaic underneath a layer of ashes in the ancient church that overlooked the Sea of Galilee and was built in the fifth or sixth century. The mosaic depicts five loaves of bread and two fish in one section, then baskets overflowing with loaves and fish in others — a reference to the New Testament tale of Jesus multiplying a few servings of food into a feast for 5,000.

Pontius Pilate went down in Biblical history as the Roman prefect who supervised the trial and crucifixion of Jesus. Perhaps he’d have been happier to be remembered for his public works.Advertisement

Archaeologists have now uncovered a 2,000-foot-long (600 meters) boulevard built by Pilate. The street would have taken 10,000 tons of limestone to build and likely connected the Pool of Siloam in Jerusalem to the Temple Mount, a holy place where ancient Jewish pilgrims went to worship.

The existence of the street may indicate that Pontius Pilate wasn’t quite as insensitive to his Jewish subjects as history has painted him, the archaeologists reported in Tel Aviv: Journal of the Institute of Archaeology of Tel Aviv University.

“It is no longer possible to view this first period of direct Roman governance in Judea as one exclusively characterized by self-interest and corruption,” they wrote.

The secret of the Temple Scroll

The Dead Sea Scrolls are an archaeological miracle. Despite being nothing but parchment, these ancient texts survived for 2,000 years in desert caves near the archaeological site of Qumran. This year, researchers discovered the secret to the preservation of one of the most intact scrolls, the Temple Scroll.

This scroll, they found, is imbued with salty minerals that don’t come from the cave where the scroll was discovered; nor are the minerals seen on other scroll fragments. The Temple Scroll, they concluded, may have been deliberately preserved by a method that’s different from what was used on other contemporaneous scrolls. The custom brew of salts may have helped keep the scroll in tip-top condition for thousands of years.

All along a watchtower

In May, paratroopers with the Israel Defense Forces discovered evidence of the fortifications of their forefathers: A watchtower dating back to the eighth century B.C.

According to Haaretz, the modern soldiers were taking part in the dig as part of a military preservation program. The watchtower measured 16 feet by 11.5 feet (5 by 3 m) at its base, and its existing ruins stand 6.5 feet (2 m) high. It was likely a two-story tower when it was built, according to archaeologists. Pottery at the site dates the tower to the reign of Hezekiah, who ruled Judah starting around 715 A.D.

A coded message in a Christian epic

English poet John Milton was known for sneaking hidden messages into his epic, “Paradise Lost.” Using the first letters of each line of poetry in this tale of Adam and Eve’s temptation by Satan, he’d already been known to spell out thematic words like “Satan” and “Mars” in some sections of the saga.

This year, an undergraduate named Miranda Phaal at Tufts University discovered a pair of these acrostics, which had never been noticed before. In sections of the poem in which Adam and Eve debate what to do about Satan, Milton had spelled out FALL and FFAALL; the former spellout is possibly a reference to Satan’s fall from heaven, and the latter is likely a reference to the double fall of humanity represented by Adam and Eve.

A Flying visit – humanitarian floatplane will touch down in the UK this Spring!

Faith leaders unite with 15,000 people lobbying their MPs to act on climate and the environment 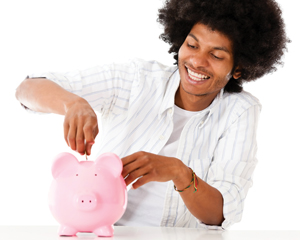