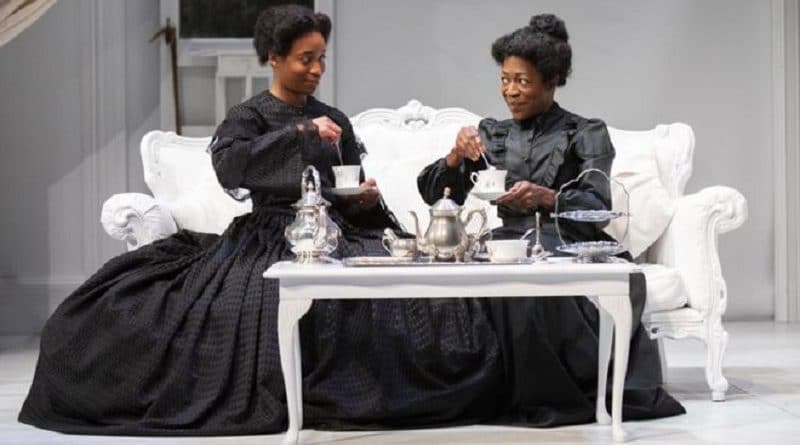 From an African girl who was “gifted” to Queen Victoria to a slave who took on his master in the British courts, several little-known but remarkable chapters of black British history are being put in the spotlight on stage this year.

A string of writers are reaching back to the 18th and 19th Centuries to fill in gaps in the story of Britain. In the year that British actress Cynthia Erivo is up for an Oscar for playing US slave-turned-abolitionist Harriet Tubman, many of the new plays are examining the slave era from a British perspective.

Find out more about four of the plays and the stories behind them.

The experience of a young black woman in royal circles could hardly be more timely.

But 170 years before Harry met Meghan, there was Sarah Bonetta, a girl who was taken from slavery in Africa by a Royal Navy captain and presented as a gift to Queen Victoria.

“The story goes that she was about to be sacrificed by an African king,” Okoh says of Bonetta. “We don’t know whether that story is 100% true.

“Queen Victoria did not bring her up in her palace, but she fostered her out to people she knew. But Sarah Bonetta had a strong relationship with Queen Victoria’s children and mixed in their circles.”

Okoh’s play comes from Eclipse Theatre’s Revolution Mix project, which aims to tell overlooked stories from black British history – especially those from before the HMS Windrush docked from the Caribbean in 1948, which is widely perceived as the start of mass immigration.

Okoh says: “I find it interesting to learn more about my history that is not covered in school. You go away thinking you don’t belong anywhere, that black people didn’t do anything or contribute to British society, and they did. It’s about that.”

Linking the past and present in The Gift are the themes of cross-cultural adoption, and how racism rears its head.

“The big question is, how can white people understand what racism is without ever having experienced it?” the writer asks. “That really feeds into the debate at the moment with Meghan, and people saying she hasn’t experienced racism, she’s just disliked.

“She’s experiencing that on that level. Can you imagine what black women experience on an everyday level?”

That being said, Okoh stresses that she has channelled the sensitivities and frustrations around race into humour in her play. “Please say it’s a comedy,” she adds. “Because it’s fun!”

The Gift is at the Belgrade Theatre, Coventry, until Saturday 25 January, then at Theatre Royal Stratford East, London, and on tour.

The national slave debt only repaid in 2015

In 1833, the UK parliament passed a law to finally outlaw slavery in the British Empire. The catch? In order to persuade slave owners, the government had to pay £20m in compensation for the loss of their “property”.

That bailout to slave owners amounted to 40% of the country’s national budget at the time, or £2.4bn in today’s money. The debt wasn’t fully paid off until 2015.

“So your salary has gone to paying for this, as has mine as a descendant of the slave trade,” says playwright Juliet Gilkes Romero, a former BBC journalist.

The political manoeuvring behind the 1833 Slavery Abolition Act forms the backbone of Gilkes Romero’s new play The Whip, written for the Royal Shakespeare Company. The title has a double meaning – referring to the chief whip who tries to push through abolition, as well as the instrument of torture.

The play also features a runaway slave who is the chief whip’s parliamentary assistant; another former slave based on Mary Prince, the first woman to petition parliament; and a mill worker who provides a comparison between conditions in the Caribbean and those faced by workers at home.

Hours spent researching in the House of Commons library, and a trip with the cast to the Palace of Westminster, gave Gilkes Romero an admiration for the mother of parliaments, she says.

“They knew that slavery was untenable,” she says. “It was a moral decision and a pragmatic one. How long could the Empire continue to drive its economic industry and wealth on the back of the enslavement of peoples? It was the right call.

“In America they couldn’t agree. They had a civil war. There was carnage. The [British] bill was flawed. It wasn’t perfect. But isn’t it incredible what was achieved?”

On top of the huge financial outlay, there was great uncertainty about how the British economy would cope. Gilkes Romero sees parallels with the Brexit debate. “When this country decided to have abolition, they didn’t really know what was on the other side of that wall. You’re giving up a massive income stream.”

The 1830s parliament was debating the fates of freed slaves. While today’s decisions about EU citizens and other migrants come at a very different time, she notes similarities in the “moral choices” being made.

“What becomes of those people? Will they come here, and what will happen? Will there be bloodshed and violence? Will people forgive and forget? I think there are definitely resonances.”

The Whip is at the RSC’s Swan Theatre, Stratford-upon-Avon, from 1-21 February.

The artist and the slave massacre

In 1781, more than 130 slaves died when they were thrown overboard from a British slave ship called the Zong, which had been hit by sickness. Its owners then filed an insurance claim on the value of the loss of their property – the slaves.

The artist JMW Turner later depicted the Zong massacre in his 1840 painting The Slave Ship.

“I find it an incredible artistic response,” writer Winsome Pinnock says. “In that painting, he says, ‘This isn’t finished, history doesn’t end. And you have to look at it, you have to examine it, before you can move on.'”

Turner, his painting, a black sailor called Thomas and a modern-day actress all somehow feed into Pinnock’s new play Rockets and Blue Lights, which switches between Victorian times and the present day.

“The play is about memory. It’s about a shared British history,” she says. “Contrary to the things people seem to think, there aren’t very many plays written on the themes of enslavement by black British writers. There really aren’t.”

Rockets and Blue Lights is being staged at Manchester’s Royal Exchange theatre, a building that itself echoes with history, having once been the largest cotton trading hall in the country.

“The fact that I, a black woman writer, descended from enslaved people – who were denied their voice and their culture – is speaking in that space and have written a play in which I explore that history… That has a lot of resonance,” she says.

Pinnock was the first black woman to have a play staged by the National Theatre in 1995 and has long been regarded as a trailblazer.

Her mother arrived in the UK from Jamaica as part of the Windrush generation. When she died several years ago, the writer started thinking about her own connection with slavery, and Britain’s role.

But she says her show “plays around with history” and “is not looking at enslavement in quite the way that one might expect”. So it’s not a straightforward historical re-enactment.

“I often wonder if my ancestors would want me to keep reliving their trauma. And I don’t think they would,” she says.

“I think they would want me to do something else with it. And there are lots of things I can do theatrically to make this relevant.”

Rockets and Blue Lights is at the Royal Exchange, Manchester, from 12 March-4 April.

The slave who took his master to court, and won

In 1778, Joseph Knight successfully challenged his status as a slave in court in Edinburgh – not only defeating his master and winning his freedom, but ensuring that slavery was ruled illegal in Scotland.

Knight had been taken from Jamaica to Scotland as the personal servant of sugar plantation owner Sir John Wedderburn. It was, for the period, a more “nurturing” relationship than that experienced by most slaves, according to May Sumbwanyambe, who tells the story in the National Theatre of Scotland’s play Enough of Him.

“This was a young black man who wanted his freedom but at the same time felt such a degree of loyalty towards his ‘master and father’ – somebody who had actually been very loving and caring towards him,” the writer says.

“This was a master and slave owner who genuinely felt anguish and felt betrayed that this young man wanted to be free of him.”

Sumbwanyambe was born in Edinburgh but grew up in Grimsby, working night shifts on the docks to earn money during the university holidays while studying for a law degree.

He wrote the play against the backdrop of debate about Brexit. “You kept hearing this thing – ‘We want our country back.’

“And it was constantly linked to immigration. The thing that I struggled with is that it was based on this idea that, if only you could just go back 70 years, back to the glory days when Britain still just had an empire but was all completely white. I knew that was a myth.”

The point that immigration was happening long before Windrush underpins his play.

Sumbwanyambe was surprised to learn that there were thought to have been between 10,000 and 20,000 black people in mid-18th Century London, out of a population of around 700,000.

“Black people have been here and we’ve been living side-by-side in this country with white people for a very long time,” the playwright says. “For all those glory days that people want to go back to – we were there too.”

Joseph Knight was among those who left a legacy. “The journey towards this noble idea of justice and dignity and respect that we think of [as British] was contributed to by that young black man’s actions.”

Enough of Him is at the Pitlochry Festival Theatre from 17 October, then at Perth Theatre and the Traverse Theatre, Edinburgh. 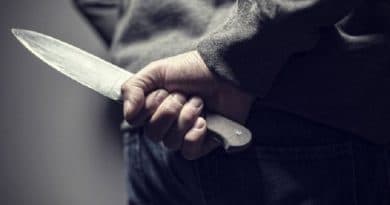 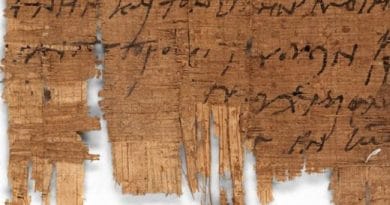 If ancient Rome hadn’t collapsed, would Christianity have faded away? 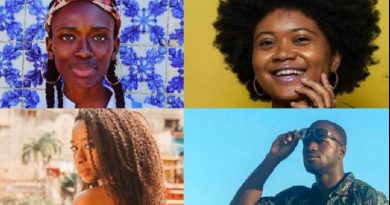