“We may not be Christian here, but we still pray,” said a woman dressed entirely in white as she addressed a large audience of African American women. Standing behind a lectern, speaking in the cadences of a preacher, she added,

“I understand God more now, doing what I’m doing, than I ever did in the Church.”

The call and response that followed (“No one’s going to protect us but who?” “Us!”) was reminiscent of church—but this was no traditional sermon. The speaker, Iyawo Orisa Omitola, was giving the keynote address last month at the third annual Black Witch Convention, which brought together some 200 women in a Baltimore reception hall. The small but growing community points to the hundreds of young black women who are leaving Christianity in favor of their ancestors’ African spiritual traditions, and finding a sense of power in the process.

Over the past decade, white Millennials have embraced witchcraft in droves.

Now a parallel phenomenon is emerging among black Millennials. While their exact numbers are difficult to gauge, it’s clear that African American pop culture has started to reflect the trend. In the music industry alone, there’s Beyoncé’s allusion to an African goddess in Lemonade and at the Grammys; Azealia Banks’s declaration that she practices brujería (a Spanish term for witchcraft); and Princess Nokia’s hit “Brujas,” in which she tells white witches, “Everything you got, you got from us.”

African American witchcraft originated in West Africa, the birthplace of Yoruba, a set of religious traditions focused on reverence for ancestors and worship of a vast pantheon of deities known as orishas. Those traditions accompanied West Africans who were brought to the Americas as slaves, and were eventually combined with Western religions, such as Catholicism, that many slaves were pushed to embrace.

By the early 19th century, Cuban Santeria, Brazilian Candomblé, Haitian Vodou, and other syncretistic faiths had emerged as a result. In cities like New Orleans, voodoo (slightly different from Haitian Vodou) and hoodoo, which also descend from West African faiths, grew popular. These practices—which often involve manipulating candles, incense, or water to achieve a desired result—may have helped give slaves some sense of power, however minimal.

Modern black witches are practicing Yoruba-based faiths, with a few Millennial touches. They build altars to ancestors so they can seek their advice on everything from romance to professional advancement, cast spells using emojito help banish depression, surround themselves with crystals in the hope that they will relieve stress, and burn sage to cleanse their apartments of negative energy.

Some hallmarks of Millennial spirituality are common to both white and African American witches. They’re typically disillusioned with hierarchical institutions—the Catholic Church, for example—and attracted to do-it-yourself “spiritual but not religious” practices such as the use of crystals. But the budding black-witch community also has unique traits, including a desire for “safe spaces,” a wariness of cultural appropriation, and a penchant for digital religion.

Many black witches, nervous about practicing witchcraft openly, feel more comfortable meeting online than in person. Some fear they’ll be shamed by devout Christian parents, according to Margarita Guillory, a Boston University professor who studies Africana religion in the digital age.

“The internet is almost becoming like a hush harbor for these witches of color,” Guillory said, referring to places where slaves gathered in secret to practice their religions in antebellum America. Online, an avatar or a handle allows women to speak freely. A popular Tumblr promotes inspirational images of black witches and Facebook groups for the women have thousands of members each, while some have even developed smartphone apps.

Some young women at the Baltimore convention told me their parents had long hid their grandmothers’ or great-grandmothers’ involvement with witchcraft—a decision the Millennials resented, until they realized their parents may have felt the need to suppress any talk of magic because their ancestors were harshly punished for their rituals. New Orleans, for example, saw sweeping arrests of voodooists in the 19th century.

Monica Jeffries, a 28-year-old teacher who had playfully donned a pointed witch hat for the convention, grew up in the Apostolic Church, but she broke ties with it four years ago. She said her mother had “forced” Christianity on her. Jeffries sometimes calls home trying to figure out why.

“I’m asking her questions about Christianity, and I’m like, ‘Why would you do this to us?’ She still can’t give me answers.”

While some Millennials enter the black-witch community seeking answers, others are simply hungry for a place where they can belong. Mambo Yansa, a witch who grew up in Panama, told me witchcraft serves as a “safe haven” for some LGBT youth who don’t feel welcome in the Church. The number of online posts by and about LGBT witches attests to the overlap between queer and witch communities.

Empowerment was an unmistakable aspect of the Black Witch Convention. Replete with talk of sexual trauma, suppression, and self-acceptance, it felt like group therapy. Women cried or spoke in trembling voices as they described experiences of abuse.

“While the #MeToo movement is out there, there are still African American women out there who don’t have a voice. We are not represented,” Omitola said in her keynote. “One thing I know from studying African religions is, I have never seen one subservient goddess. So why are we sitting here thinking we have to be subservient?”

Read: How much would you pay for a prayer?

Omitola went on to differentiate between African witchcraft and “New Age shit,” like the witches who gather to hex President Donald Trump and Supreme Court Justice Brett Kavanaugh. But some of the black witches’ practices—astrology, say—are what the Pew Research Center considers New Age. In fact, a recent Pew study found that the rate of belief in New Age ideas is especially high among the communities that many convention attendees came from: historically black Christian denominations.

The study’s finding that New Age and Christian traditions often coexist in the same person was on full view at the convention. While some witches told me they were finished with Christianity, others said they still attend church, and argued that Christianity and African witchcraft are complementary, not mutually exclusive. As Omitola put it, “The Bible ain’t nothing but a big old spell book.”

For all the black-witch community’s openness to other religious traditions, they’re still deeply ambivalent about whether some people should be kept out. On the one hand, there’s a sense that they now have an easier time embracing their ancestors’ traditions because white Millennials have rebranded witchcraft as “cool.”

There is, however, a concern that white witches are appropriating African rituals they may not properly understand. “White women these days are making witches’ covens as something ‘fun’—it’s just fun for them,” Yansa said. “But in our tradition, witches have to be totally initiated to be considered a witch.” Initiation typically involves receiving oral instruction and hands-on training from an elder—the sort of embodied learning that, Yansa said, young witches don’t get when they rely too much on digital religion.

In-person gatherings like the Black Witch Convention are meant to serve as an antidote to that overreliance on internet culture. The Millennials I spoke to all said it was a necessary counterbalance—but they also emphasized how much they value the highly individualized, DIY rituals they practice back home.

“The Church is oppressive for a lot of black women,” said Tamara Young, a 32-year-old government program analyst. “But these African traditions empower women. They’re empowering you to have a hand in what you’re doing—to create your own magic.” 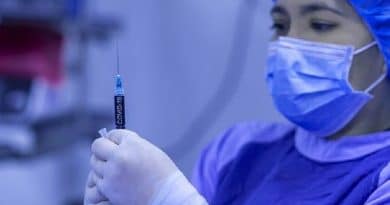 Review launched to help BME workers in progress in their careers