US basketball legend Kobe Bryant and his daughter Gianna were among nine people killed in a helicopter crash in the city of Calabasas, California.

Bryant, 41, and Gianna, 13, were travelling in a private helicopter when it came down and burst into flames.

The LA county sheriff said there were no survivors.

Bryant, a five-time NBA champion, played for the LA Lakers throughout his career and is considered one of the greatest players in the game’s history.

Tributes from celebrities and fellow sports stars have been pouring in, many expressing shock at his sudden death. Moments of silence have been observed at basketball games across the US.

Bryant was also remembered at the Grammy Awards, which were held at the Staples Center, the Los Angeles Lakers’ stadium, on Sunday night.

The National Basketball Association issued a statement saying it was “devastated by the tragic passing of Kobe Bryant and his daughter, Gianna”.

“For 20 seasons, Kobe showed us what is possible when remarkable talent blends with an absolute devotion to winning,” it said.

What do we know about the crash?

Sheriff Alex Villanueva said the helicopter’s manifest indicated that nine people were on board when it crashed, raising the number from five in earlier statements by officials.

Coroners have not officially named the victims. But family members and colleagues said John Altobelli, coach of the Orange Coast College basketball team, was among the passengers, along with his wife Keri and their 13-year-old daughter Alyssa – who played with Bryant’s daughter, Gianna.

Christina Mauser, a basketball coach at Gianna’s school, was also on board, her husband wrote on Facebook.

In a statement on Sunday afternoon, the City of Calabasas said it heard the news “with great sadness”.

“The aircraft went down in a remote field off Las Virgenes around 10:00 this morning. Nobody on the ground was hurt,” it added.

Gavin Masak, who lives nearby, told CBS News of the moment the helicopter crashed.

“It wasn’t exactly like an explosion sound but it was like a loud boom. It sounded like a helicopter, but it sounded like a jet, like it was loud, so I went inside and told my dad what was happening. So when I came out I saw smoke on the hill but it wasn’t like a big, black cloud of smoke, it was just grey,” he said.

Other eyewitnesses told celebrity news site TMZ they heard the helicopter’s engine sputtering before it went down.

The LA County Sheriff’s Department shared pictures from the scene of the accident, showing a fire truck and smoke emerging from the hills.

The National Transportation Safety Board identified the crashed helicopter as a Sikorsky S-76B and said it was sending a team to investigate the crash.

Police have asked people to stay away from the crash site in order not to interfere with the investigation.

Bryant was known for taking his helicopter to beat traffic in Los Angeles. 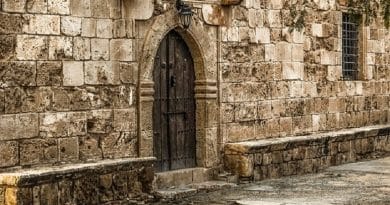