Bectu is pushing for a meeting with the BAFTA  chief executive to discuss a proposed diversity agreement covering women and BAME workers in the UK film industry.

“Grave concerns” about the failure of BAFTA to nominate a diverse set of recipients for this year’s awards prompted head of Bectu Philippa Childs to write to BAFTA chief executive Amanda Berry earlier this week.

Childs has invited Berry to discuss how the BAFTA awards process works, what plans there are to currently reform this and how BAFTA can increase pressure for change in the industry.

In her letter Childs continued: “Bectu has been working hard for many years to increase diversity in the film and television industry and so it is extremely disappointing, especially in light of the unrest in the US over the Oscars, that so little attention has been paid to this crucial matter.”

This year’s nominations have been heavily criticised as no BAME actors were nominated and for the seventh year in a row no women were nominated in the best director category. The shortlists provoked a number of British stars to team up to launch an alternative list of nominees.

Bectu, the union for creative ambition, is calling on BAFTA to adopt a diversity proposal which is based on an existing agreement between the Directors Guild of America and many major motion picture producers that already operate in the UK.

In America the agreement is limited to directors’ roles, but the Bectu agreement is much broader and would cover the whole crew. Bectu is already in discussions with Pact, the UK trade association for independent producers, about the proposal.

Childs added: “Bectu’s members will welcome the review of the voting system BAFTA has committed to, but a review alone will not lead to the changes that are needed.

“Bectu’s proposed diversity agreement, if accepted, would bring about substantial change in the film industry. We are clear that greater diversity would be a positive development and it is up to all of us to create the best conditions for this to happen.

“We are optimistic that discussions with industry bodies, such as BAFTA, can lead to the action that is needed to avoid homogenous nominations lists in the future.” 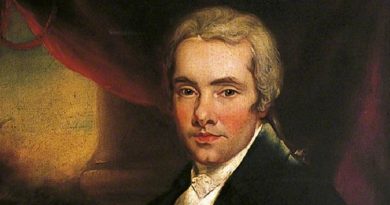 Heroes of the Faith: William Wilberforce