The Cathedral of St John the Baptist in Norwich also said the artefact has a piece of straw on which the baby once laid as well as a fragment of the cave where he was buried. However experts say the chances of the relic being as is claimed is “very low”. Oxford Professor Thomas Higham explained that it is impossible for scientific testing to definitely prove it has fragments of the manger.

The Cathedral claims the 2,000-year-old holy objects had been stashed in Rome for two millennia.

And now fragments of the alleged precious trough have been donated to the county.

The Catholic cathedral invited worshippers to venerate the relic over Christmas.

It said: “The reliquary contains a piece of straw, a piece of the swaddling bands, relics of the manger itself, and a fragment of the holy cave.

“It was a great joy to be able to offer for veneration over the Christmas Octave some of the relics of the Crib.

“A large portion of the Crib has been kept in Rome since antiquity, from which all smaller relics are taken.”

Prof Higham, director of the Oxford Radiocarbon Accelerator Unit, said it was rare for this kind of artefact to be held in Britain.

But he was sceptical as to whether the claims were accurate.

He said: “Using modern scientific methods, such as radiocarbon dating, isotopic analysis, ancient DNA and so on, it is possible to understand the proper context of relics such as these and trace aspects of their history and movement.

“Relics were often important in ancient diplomacy, piety and patronage, so knowing more about them enables us to consider them in a more confident context.

“It is easy to immediately conclude that relics are ‘fake’, because many do turn out to be of a different age to that claimed, but this does not reduce their significance to historians.

“Nor does it change their importance as objects of veneration to the faithful.”

The professor explained a study of the Norwich relics could tell us when they were first created.

He has assessed numerous Christian relics over the last 20 years in his role as co-director of the Oxford Relics Cluster.

He added: “The key thing is that we can’t, in this case, ever say that this actually is what they claim it is using scientific methods.

“We can only say that it is not. I am sceptical in this case, but it would need a ecclesiastical specialist to comment on exactly how and when these objects could have been preserved and transported.” 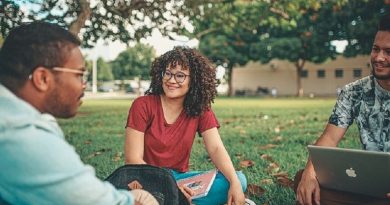