“We had a choice — to be afraid of everything and do nothing, or to be careful and put the fear away, continuing to do what you believe in.”

As a young man in the Soviet Union in the 1980s, Andrei Davydov chose a risky path to express himself artistically.

He became interested in iconography — images of Jesus Christ, the Virgin Mary, saints and religious scenes that act as meditative objects during prayer.

They can be painted on wooden boards, or created as a mosaic, embroidery or fresco.

“A young man … was always at risk,” Andrei remembers. “It was even forbidden to have the gospel.”

Today, 72.9 per cent of Russians are Christian.

Andrei’s son, who followed in his father’s footsteps, travels the world to share his knowledge of icon painting.

But when Andrei first became acquainted with the artform, it was at a time when religious activity was dangerous, even as a more progressive culture was becoming the norm.

Andrei knew lots of people who were imprisoned for printing and sharing forbidden religious literature or participating in underground Christian societies.

He says the small number of iconographers he was associated with “knew how real the threat was”, though they avoided persecution.

“Officially there was freedom of religion in the Soviet Union,” says Mark Edele, a Soviet Union historian at Melbourne University.

“But you couldn’t be in the Communist Party and be religious … and then there’s an extremely strong regulation trying to make it quite hard for people to practise their religion.”

A space of ‘potential resistance to the Soviet project’

“They thought religion was an attempt by the ruling elites to brainwash the population into compliance,” he says.

“They felt that the churches were potential alternative spaces of power and potential resistance to the Soviet project.”‘

Despite the threat of danger, Andrei continued to follow his passion, including a burgeoning interest in Russian Orthodox Christianity.

Eventually he was ordained as a priest.

“It’s hard to explain to someone who lives in a society where rights are one of the major values,” says his son, Philip Davydov, when asked what motivated his father.

“You could have been put in prison anyway, even if you didn’t do anything bad.”

Professor Edele says throughout the 20th century, the Soviet leaders changed their approach to religious activity — from the KGB “locking people up for everything”, to what they called “prophylaxis”.

“This meant calling people in, scaring them really badly and telling them what could happen if they don’t mend their ways,” he says.

It reduced the level of outright repression, but still kept people up at night.

‘Mediators’ between people and the divine

Andrei’s actions set Philip on the path to being part of a new generation of contemporary iconographers.

As a child, Philip would mix colours and prepare materials for his father, shaping his instinctual love of iconography.

That was followed by years at St Petersburg Academy of Arts. His wife, Olga Shalamova, is a celebrated artist in her own right.

When Philip paints an icon, he says he sets his personal intentions aside.

It’s not about fulfilling his own vision — he wants to match the icon to the needs of an individual parish.

“If you think, ‘what is the best crucifix for this particular wall?’ then your intentions, your thoughts, your choices are different.”

Icons act as a “mediator” between a person and the divine, says Sister Rosemary Crumlin, an expert in religious art and an honorary fellow at the Australian Catholic University.

An image — of Jesus, the Virgin Mary or various Saints — is designed to create an opportunity to stop and consider God.

“The most important [icons] date from the first seven centuries,” Sister Crumlin says, though in Russia, the medieval period is particularly significant.

She says between medieval times and today, the major difference in uses of icons is attitudes to God.

Believers in the medieval world were “more religiously concerned with the direct intervention of God”.

“I don’t think that many people ask that of religion now and expect to get an answer,” she says.

As a Russian Orthodox Christian, Philip wants his artwork to help worshippers engage with liturgy in the fullest way possible.

“The eyes are the part of the body that let me participate most actively in life and in the world,” he explains.

“And if during the service, I can only hear the words, can only contemplate what’s being said, but have nothing to do with my eyes, I feel I’m not completely participating in the service.”

While the final product is used as a tool for prayer, Philip is wary of calling his work a religious act.

Recalling the necessary, menial tasks he learned from his father — like preparing boards and cleaning brushes — he says he “could never call [that] a sacred activity”.

But because he continues to work outside of himself, creating imagery on behalf of the church and with others’ spiritual growth in mind, he’s comfortable calling it a ministry.

Main image: Icons are designed to create an opportunity for a worshipper to stop and consider God. (Supplied: Philip Davydov) 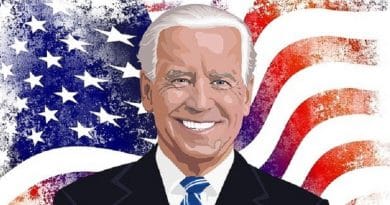 Faith for the family by Marnita Coleman 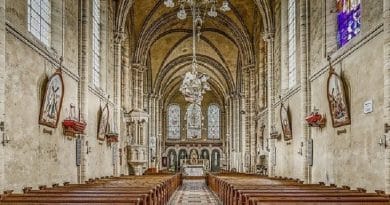