Lawyer and diversity campaigner Funke Abimbola says she suffered “bias” when she tried to get into the profession.

About a third of FTSE 100 companies have no ethnic minority representation on their boards, a report has revealed.

The Parker Review Committee found 31 of the 83 firms which provided relevant information fell into this category.

Ms Abimbola said: “I found a number of barriers to entering the profession because I had an African name and am a black woman, without any doubt.”

She told the BBC: “I had to make over 100 phone calls to get a foot in the door.

“I have experienced bias and situations where, being a black woman, I was judged more harshly over other colleagues. You are more likely to be noticed and are far more likely to have negative judgements made about you if you are part of an ethnic minority.”

The Parker report also found even lower representation at board level across FTSE 250 companies, where 119 out of 173 (69%) had no ethnic diversity.

Ms Abimbola said: “The report doesn’t surprise me. There are so many barriers to senior roles for minority ethnic clients to be considered.”

The Parker committee, formed to consult on the ethnic diversity of company boards, published its first report into the subject in 2017.

At the time, 51 of the FTSE 100 companies had no ethnic representation on their boards, in comparison with about 33% today. Data was not collected from the FTSE 250 firms.

“On the other hand I recall well when I was on the Davies Committee on women on boards, about the half way stage we had a not dissimilar situation and we met the 25% [target] in that case by the end of the five year period.

“There are some leaders who want to wait and see and let others take the lead and thankfully there are those who take the lead and I think there will be a few who will wait till the bitter end because they’re not totally convinced that it’s the right thing to do, but they will move as they did on women on boards when they see widespread adoption,” he added.

To help speed up the process, the new report has recommended that companies should:

Ms Abimbola believes that introducing an action plan to help with targets of ethnic minority representation is the key.

“There are a few agencies in the UK who specifically recruit diverse talent. They set up power lists every year across many talents, so if you want to look for BAME candidates, you need to work your way through these lists.”

Business Secretary Andrea Leadsom said the report showed “firms have much more to do” to attract employees from black, Asian and ethnic minority (BAME) backgrounds.

Ms Leadsom said: “I want the UK to be the best place in the world to work and to grow a business. Research consistently shows that diversity in businesses is not only essential for good working practice but makes them more successful.

“This government backs business and wants it to succeed in becoming more diverse.”

Arun Batra, a partner at Ernst and Young and an adviser to the review said: “We recognise that meaningful change takes time, but the data tells us that the current pace of change is not quick enough to meet the targets set by the review.

“Businesses need to continue to challenge traditional ways of working and legacy issues, and really investigate the talent that they have available in their business.”

Dr Jill Miller, from the Chartered Institute of Personnel and Development (CIPD), said: “The lack of ethnic diversity at the top of organisations is unacceptable in 2020 and although we are seeing movement in the right direction, the speed of progress reported today is disappointing.

“Systemic change is needed to ensure businesses are building diverse talent pipelines all the way through their organisation to support long-term change. Action is long overdue and must be a business priority.” 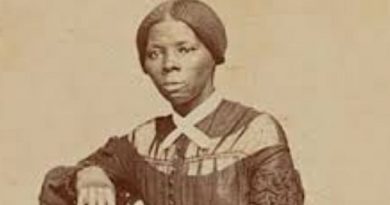 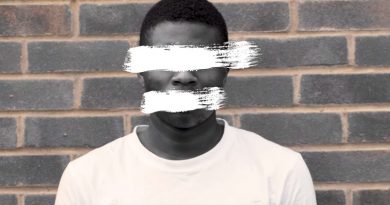 RIPPLES A short film about being Black in Britain