The killing of Qasem Soleimani by an American drone on January 3 has threatened to bring the United States and Iran closer to war. The last time war seemed imminent between these two power brokers was the 1979 hostage crisis. While relationships have been far from smooth since then, the assassination of one of Iran’s most senior leaders has flung it to a new low.

Threats and counter threats, uttered by both sides, alongside large Iranian public ceremonies symbolising Iranian alliance – for once with their leaders – are clear signs of the perilous situation Donald Trump’s leadership approach has yet again catapulted the world into.

Even his most ardent followers cannot deny that the US President is an autocratic leader.  Their leadership style may get things done, often in their image, but the consequences can sometimes be alarming.

Almost a century of leadership research tells us that autocratic leadership is an ineffective leadership style.  Coercive leadership strategies fail, when used with people who have the capacity to resist. For example, Trump’s decision to shut down the US government, to force Congress to provide $5.6 billion for a border wall, failed because it was resisted by the Democrats who had the power to resist.   Autocratic leadership decisions leave a lot of wreckage for people to pick up, often those impacted by the decisions. With the end justifying the means, the leader may argue that the end can be so toxified, it renders the means unhelpful and obstructive.

There are good and healthy reasons why Jesus modelled servant leadership. Servant leaders do what autocratic leaders are unable or unwilling to do: they listen. A Baptist minister friend, when called to serve his local church, agreed to a ‘listening period’ with its members. This makes biblical sense to me. For, even though we do not know exactly what Jesus did when, we know He would withdraw from the crowds. I suspect He took time out to listen to God, and possibly the community He was doing ministry in and the people He was ministering with and to. I can only assume that what He heard shaped and informed His responses and strategies as a servant leader.

Dr Paul Wong, who served as the Division Chair of Psychology and Business Administrator at Tyndale University College in Canada, says this about servant leadership: ‘Servant leadership is characterised by the desire to serve and empower a team, and enable the team to reach its fullest potential.’ This is so Christlike. For didn’t Jesus create an environment conducive for the disciples He was serving, to reach their full potential in Christ?

A servant leader is focused on ensuring the growth and the wellbeing of the communities in which they belong. While traditional leadership, or Trump-like leadership, involves the accumulation of power(rapid or gradual) and the exercise of power by one at the top of the pyramid, servant leadership is very different. Servant leadership is about the careful listening to people, putting the needs of others first, seeing the image of God in those you are serving, and working with the community, so that the image of God within them reaches their fullest potential. This Christlike process of dismantling ego and power, putting the needs of those who they are serving first so that they will one day outshine their leader, involves an inner maturity, security and confidence that few leaders (servant or traditional) possess.

Sadly, the leadership of style of many of today’s ‘celebrity’ pastors seems consistent with the traditional, Trump-like approach to leadership. Every decision is made by the pastor, and even if it’s on behalf of the church, the church’s worshippers are not permitted to think, despite their ability to do so. Pastoral leadership is autonomous; decisions are made unilaterally, and the church is run like a business. I get it, at least in part. I can only imagine the many complex decisions that need to be made by the leadership when leading a very large and diverse church, where situations often demand immediate resolutions, and render a wider discussion sometimes nearly impossible.

However, it seems that countless for-profit organisations are now seeing traditional autocratic and hierarchical modes of leadership yielding to a different way of working – one based on teamwork and community, seeking to fully involve others in processes, strategies and decisions, based on ethical, caring behavior, and committed to the personal growth of the team. Surely pastors of some of our big churches can model an approach consistent with the narrative they see, read and even preach about in the Scriptures, instead of imitating their American colleagues.

Jesus’ attitude to servant leadership was in direct contrast to that of Trump, and even of His disciples, who argued among themselves as to which of them was the greatest. Since there was no servant to wash their feet after they had walked the filthy roads of Israel (and they were certainly not planning on washing their own feet), they were stunned into silence when the Lord Himself stooped to His lowly task.  Not least because, in their world, slaves washed the feet of guests, marking it as an action reserved for the lowly class.

Jesus’ act was countercultural, undermining traditional cultural values of His day. In this era of Donald Trump, it symbolises the continuing radical call for His followers: to live as servant leaders. 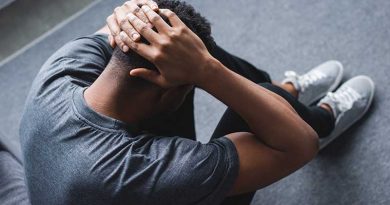 The dreams of our mothers by Dionne Gravesande