“What fools these mortals be,” remarks Puck in Shakespeare’s A Midsummer Night’s Dream.Gary Clayton, MAF Copywriter and Editor, wonders if that includes short-sighted Christians as well

I was sitting in a beautifully atmospheric Budapest restaurant, surrounded by golden fixtures and fittings, gilded mirrors, marble pillars and sparkling chandeliers. An enthusiastic gypsy violinist played in the background.

Although prices were much cheaper than in the UK, I only ordered an espresso. My friend, Ákos, had already eaten, so it hardly cost us anything. Eventually, I went to the toilet and, when I returned, the violinist had stopped playing and was presumably on his lunchbreak. Returning to my friend’s table, I told him how wonderful it all was.

“Ah,” sighed my Hungarian friend. “It’s actually quite sad. While you were away, the manager told the violinist that, because so few people eat at the restaurant, they can no longer afford to pay him, and sent the poor man home.”

How myopic, blind and foolish we can be! Although I saw all the glitter and the gold, I didn’t see how empty the restaurant was, or notice the anxious-looking manager.

Sometimes we get things wrong because of our inability to see things clearly. Sometimes it’s the result of spiritual blindness (John 9:1-41), our sinfulness (‘The heart is deceitful above all things and beyond cure. Who can understand it?’ Jeremiah 17:9) or our folly (‘The wealth of the wise is their crown, but the folly of fools yields folly,’ Proverbs 14:24).

I remember a young believer explaining how his potential mother-in-law told him that, for the sake of honesty and accountability, she was struggling with her feelings towards him.

However laudable the lady’s intentions may have been, she ended up putting my friend and her daughter in an impossible position. If she’d only used her brain and considered the consequences, she might never have made her confession. No wonder Scripture tells us to be wise as serpents and innocent as doves.

Of course, there are times when we need to confess our sins to one another (James 5:16), confront others about theirs (Matthew 18:15), or respond to the command of Matthew 5:23-24: ‘Therefore, if you are offering your gift at the altar, and there remember that your brother or sister has something against you, leave your gift there in front of the altar. First go and be reconciled to them; then come and offer your gift.’

But we need to be careful as to how and why we do it – particularly if, instead of asking for forgiveness, we’ve decided to confront someone who has sinned against us. Sometimes it’s possibly more prudent to take our hurts and grievances to the Lord, rather than to the person who offended us – though there are occasions when it’s appropriate for us to confront the guilty party.

Proverbs 18:19 points out: ‘A brother wronged is more unyielding than a fortified city; disputes are like the barred gates of a citadel.’ So, like David, the man after God’s own heart, we should seek God (1 Samuel 23:1-5, 9-14, 30:6-8) before rushing into battle like the charge of the Light Brigade or a bull in a china shop!

But, if we can’t be sure the relationship will endure, we should possibly consider biting our tongue, swallowing our pride, and eating humble pie, rather than biting the bullet, sticking to our guns, crossing an emotional minefield and getting into a conflict neither side can win. There’s no point dashing into possible conflict with our eyes tightly shut.

The Bible, of course, provides numerous examples of what it is to lack sight – from the spiritually blind (‘Who is blind but my servant, and deaf like the messenger I send?’ Isaiah 42:19), to those whose eyes were opened by Jesus – physically and spiritually. When Jesus healed the blind beggar in Luke 18:35-43, the man’s sight was restored instantly. Another healing, described in Mark 8:22-25, involved two attempts.

John Newton, like the apostle Paul, was originally a blasphemer, persecutor and a violent man. But he too became a servant of God. The former slave trader turned abolitionist, who wrote the words, ‘I once was lost, but now am found; was blind, but now I see’, was himself almost blind by the time of his death. But there was nothing wrong with his spiritual sight. “My memory is nearly gone,” he said, “but I remember two things: that I am a great sinner, and that Christ is a great Saviour.”

The Saviour Newton spoke of is the One who gives sight to the unseeing and who helps the unsightly (Psalm 146:8). He’s the One who, in the words of Isaiah 42:7, opens eyes that are blind, frees captives from prison, and releases those sitting in darkness – whether languishing in jail or sitting in a glittering Budapest restaurant.

Gary Clayton is married to the lovely Julie, and father of Christopher (15) and Emma (12). He is Copywriter and Editor at Mission Aviation Fellowship. To learn how MAF aircraft transport medics, dentists and eye doctors to Africa and the Asia-Pacific region, visit www.maf-uk.org 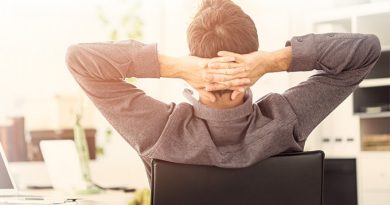 I’m a hypocrite! By Gary Clayton 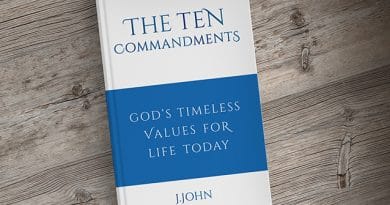 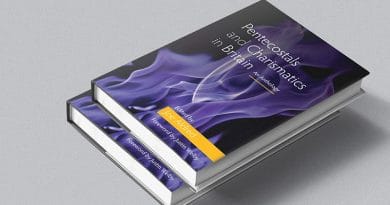