British-born Tony Kelly grew up in Jamaica, and returned to Birmingham in 1979, where he has been living ever since.  He was a high school teacher of English Language/Literature, after graduating from Mico Teachers College in Jamaica, and changed direction on his return to the UK, after being told he would have to retrain for four years to teach in British schools. He regarded that as an insult – and a subtle form of racism – as teachers from the USA, Canada, New Zealand and Australia undertake 6-12 month refresher courses, and are then let loose on the nation’s children.  Instead, he embarked on a career in social work and criminology, and was a middle manager responsible for training staff on equity, equality and diversity issues. He eventually took early retirement.

Type 2 diabetes is hereditary, and runs in Tony’s family. He witnessed firsthand the suffering it caused family members in Jamaica, where it was always minimised or trivialised by being referred to as ‘a touch of sugar’.  His wife noticed the four classic symptoms associated with diabetes – the 4 Ts: tired, toilet, thirsty and thinner. After the nagging from his wife (who agrees that was the case as something was wrong), Tony plucked up the courage to visit his GP, having prided himself on not having done so for nearly seven years.  Just like the ostrich – the largest bird on the planet – it is typical of men to bury their heads in the sand at the first sign of danger, hoping that the problem will go away which, of course, never happens. Most men are constantly in denial and suffer in silence.  Tony’s GP confirmed, after urine and blood tests, a diagnosis of Type 2 diabetes in December 2003.

Instead of just accepting the diagnosis and carrying on regardless, however, Tony took positive steps, such as joining Diabetes UK with an annual subscription of the charity’s quarterly magazine Balance, packed with advice, tip and ideas.  He also does zumba, Pilates, yoga, aquarobics and badminton weekly and, with his family, eats healthily. He had flashbacks of the relatives in Jamaica, who experienced heart attacks, strokes, lower limb amputations, blindness and kidney failure due to Type 2 diabetes.  His self-discipline means he has never had to take medication for his Type 2 diabetes in 16 years. Some people choose not to attend the annual diabetes review with their GP, but Tony never misses any of these vital appointments, and has always received a clean bill of health. He also has free diabetic eye screening tests every year, by an optician on the National Health Service, as blurred vision, caused by a build-up of glucose (sugar) at the back of the eyes, can lead to loss of sight.

Tony’s life was also changed drastically in the summer of 2012, when he was invited to speak at the book launch of Susan Haynes-Elcock’s (aka the Diabetic Diva) recipe book, Sugah Sugah. The Lord Mayor of Wolverhampton was also present. A patient perspective from a Black man about diabetes, focusing on control/management without any medication, was the brief, and Tony duly delivered at the event.

Shaleen Sandhu, of Diabetes UK, approached Tony afterwards, asking him to consider becoming a Diabetes UK Community Champion volunteer. She was convinced he had the right attributes, personality and communication skills to engage with communities on this health and wellbeing agenda.

The rest, they say, is history, since Tony now delivers on average over 140 diabetes awareness events across the West Midlands, further afield and also abroad. If gentle persuasion, reminders and the nudge-nudge approach do not have the desired effect, Tony increases pressure on leaders of organisations to take these free workshops on board for the benefit of all communities.

Tony regularly wears his Diabetes UK fleece or T-shirt with pride. Both are effective ice-breakers and a good advert for engaging with strangers, which often leads to diabetes awareness bookings. He does not wait on Diabetes UK to send him requests for speaker engagements, but proactively targets community centres, religious places of worship, barber shops, hairdressers, people in supermarkets, residential care homes, tertiary institutions… He also searches the Internet for organisations, which he emails to make them aware of what is on offer as a Diabetes UK Community Champion volunteer.  TV, radio, Internet and newspapers have featured articles about him – which he has initiated – and several camera crews have filmed his positive message.

Tony has been a diabetes patient lead on NHS Birmingham and Solihull Clinical Commissioning Group for over three years, after being invited to join that group by its Medical Director, Dr Richard Mendelsohn, and also by Philomena Gales, Senior Integration Manager, Long-Term Conditions (Diabetes).

Tony always emphasises a health disclaimer, informing audiences that heis neither medically qualified nor a healthcare professional, but that he does have a certain level of knowledge, along with his real-life experience that places him in a position to share about diabetes, aided by the training material and toolkit from Diabetes UK.

Multi award-winning Tony Kelly is a teacher, an equity, equality and diversity specialist for 30 years, and a Diabetes UK Community Champion volunteer.

Retired Pope to be removed as celibacy book author 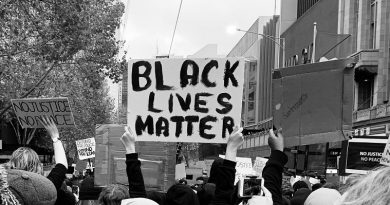 Don’t Gut or Truncate the Gospel