For over 20 years, Alive 90.5 listeners have been tuning in Friday nights to the mellifluous tones of Tracy Steyn. The South African-born gospel music enthusiast, now residing in Sydney, Australia, now knows that using gospel music to reach the world is her calling, but that wasn’t always the case…

“I grew up as the baby of nine children in Durban, during the apartheid era in South Africa. We were classified ‘Coloured’.

I have wonderful memories of my Mum listening to the sounds of Mahalia Jackson and other gospel artists, whilst preparing our meals. I played many sports, particularly hockey. After a while, my particular team was asked to play hockey in the White league, which led to being banned from the coloured league. Despite us being ‘invited’ to play in the White league, we were subjected to racism. People would say things like ‘here come the darkies’. I think there was certainly a time when people were trying to embrace other races, but there were many who didn’t want to mix. They didn’t have any control over that aspect of integration, times were changing.

“I was very young when I first started my first job as a school secretary. At the time, the White government had started a youth improvement group and, because I was at a school that was in an underprivileged area, they paid for a few teachers and me to take these children camping for two to three days. I was surrounded by all White army personnel who, after finding out I played hockey, asked me to tour South Africa with them to coach the children.”

Tracy soon learnt that she was the only person of colour, and couldn’t go into restaurants with the White team around her. “One night I even had to sleep in an army van, because I couldn’t sleep in some of the places they’d booked as accommodation for on tour. People have often asked me how I managed to live under the apartheid regime, but the truth is I knew no different,” she says.

With the challenges faced in this era, Tracy’s family started to migrate. Her sister moved to England; whilst her parents, sister and brother moved to Australia. Tracy followed in tow, with her husband and two sons, not knowing what was about to unfold in her life. “When we arrived in Australia, there was very little r’n’b music, and people would look at you strangely if you even spoke about it, let alone Black gospel music. It simply did not exist. People may have heard of some of the artists, like the Winans or maybe Kirk Franklin… but it was barren.”

Finally, Tracy joined a church where she met a man who was running a Friday night radio programme called ‘Thank God It’s Friday’. “To this day, it is still called that! When the man asked me to come on board as a guest, I never would have thought I’d be hosting it two,years later for the next 20 years!”

Although Tracy was entrenched in the unique world of gospel music in South Africa from a young age, she didn’t realise it was her calling. She was just ‘casually committing’ to what she thought was going to be a fun Friday night.

Tracy soon became the target of great spiritual warfare. She dealt with infidelity in an abusive marriage, whilst in the midst of fulfilling her ministry. She was under attack physically and spiritually. “The enemy did not want me involved with the programme. I didn’t quite understand spiritual attacks at that point.”

Tracy wanted to step away from the programme multiple times. Each time, God sent her clear signs that she was walking in her purpose. “I remember getting messages from prisoners telling me how much they loved the music and the blessing they would receive from it. They couldn’t remember my name, but they remembered my accent. There was another time, when a young lady called up and told me that I inspire her, and she hoped that I would never give up the show. I had clear intentions of resigning that night.”

Despite the state of her personal relationship, Tracy continued to touch people with the music she shared. “I was so passionate about promoting Black gospel music. Over the years, I persevered and persevered. My time on the programme has opened the door for me to counsel people privately.” Tracy knew that while there was pain emanating through her marriage, she provided joy to others in the midst of her storm. “This is the ministry God has brought into my life, despite me not understanding it at the time.”

Tracy has been divorced for 14 years now, and she continues to shine a light. “This is where God has put me; this is my purpose. My passion is to witness to people about the gracious never-ending love of God through music.” ‘Thank God it’s Friday’ is more than a programme; it is a platform that inspires many people and changes the lives of the people who tune into the show – one listener at a time.

“When I look back at my life, I thank God for His never-failing love and protection. Many others didn’t make it, but He protected my coming and going. Psalm 91 was and is my solitude.”

Ben Harrell is the founder of Ambitions of a Writer, which is dedicated to inspiring songwriters, interviewing artists and empowering entrepreneurs. He also serves as the Director of Creative Content for Spiritual Plug Entertainment. Find out more at BenJHarrell.com.

Don Moen Gets His Igbo on in Studio with Frank Edwards 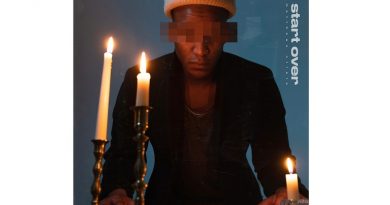 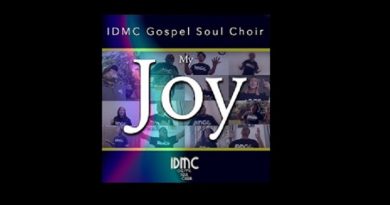 Add ‘My Joy’ To Your Summer Playlist