This Lent sees the 10th anniversary of Stewardship’s awarding-winning generosity campaign, 40acts. Over 100,000 people, from 150 countries, have signed up to deliver acts of generosity over the past 10 years. This campaign is an engaging part of the Christian calendar, encouraging and inspiring people to carryout daily, meaningful acts of generosity over Lent.

Stewardship has seen a growing movement of people championing 40acts; embracing the idea that creating a daily habit of generosity through Lent can reflect God’s amazing generosity on the cross.  As well as daily reflections from members of the Stewardship team, other contributors this year include Christine Caine (A21), Roy Crowne (Hope Together), and Dr John Kirkby CBE, Founder of Christians Against Poverty.

“We’ve always been glad to get behind the 40acts campaign because it’s such a powerful way to share God’s love and his generosity but it’s really easy to follow.”

Throughout its time, 40acts has seen a vast array of acts of kindness. These have ranged from the smallest gestures, like offering to help someone carry their shopping, to truly selfless gestures such as donating a kidney to a stranger in need.

“In May last year I gave a kidney to a stranger. My decision to do this felt lonely at times, however 40acts was such an encouragement to me. I read so many testimonies of people living generously for God, and was overjoyed to read that a previous 40acts participant had also made a kidney donation, which really spurred me on. During the whole process I felt God’s peace was with me, and I can truly say it is better to give than to receive. God used 40acts to encourage me and confirm His call; I would thoroughly recommend it!”

With over 40,000 followers on Facebook, this international campaign has created an online community that empowers people to take generosity into their own local communities.

To join the movement, sign up at 40acts.co.uk, information and free resources can also been found here. 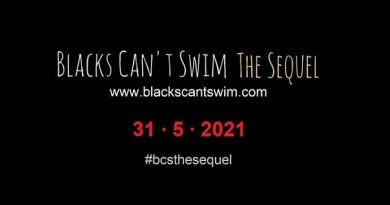