After the success of 2018’s Lament EP, Tom Read returns with a fresh batch of songs for a new EP. ‘Thank You’ is the 4th and final single, released 14th February 2020 in partnership with Bespoke Records.

“What words do you use to describe the feeling of looking into your child’s eyes for the very first time? Or waking up every day so fortunate to have a roof overhead? Or realising that no matter what, you are always loved?”

‘Thank You’ follows hotly on the heels of previous single ‘Falling’, and is another stunning ballad providing further ‘meat’ to balance the upbeat anthems already released. Don’t let the term ‘ballad’ fool you, though it’s a simple (and at times fragile) song it explodes through a repeating and powerful bridge. The repetitive simplicity is almost chant like- the swirling soundscape builds underneath to an almost overwhelming instrumental crescendo before a restatement of a concluding verse at the end.

This is also not the first release of ‘Thank You’- with a live version having featured on St Aldates Worship album ‘Until You Do’, and co-writer Josh Gauton releasing his own haunting studio rendition early last year.

Tom explains the story behind the song a little more- “In an age where we are bombarded with messages constantly telling us that we’re not enough and that we need more, it’s important to step back and reflect on the things we already have. The older I get, the harder it seems to find the right words to express how I feel. I recently noticed in church that we sing a lot of songs asking God to do something, but not as many songs simply thanking God for what he’s already done. We might not have all the words to describe how we feel, but we can adopt a posture of gratitude and let our spirits sing “Thank you”.”

Tom has been outputting fresh creativity for the church for over a decade- in more recent years including songs such as ‘Gravity’ (featured on Integrity’s Ultimate Worship series) and ‘You Restore My Soul’ (title track of the New Wine 2018 live album). Lament EP garnered widespread critical acclaim, emphasised by editorial placements on Spotify’s New Music Friday Christian, Worship Now and Top Christian playlists- the project totalling over 300k streams to date.

“‘Thank You’ is one of those fantastically simple yet beautifully powerful songs. It’s a masterclass in (apparently) effortless writing. It’s one of Tom’s skills to make creativity- and in particular something that resonates so deeply with the listener- that seems so simple, yet is deeply layered. It’s his underrated ability to consistently deliver songs of impact that sets him apart as a prolific writer for the church in the 21st Century.”

Study: Millennials Who Leave Christianity May Not Come Back 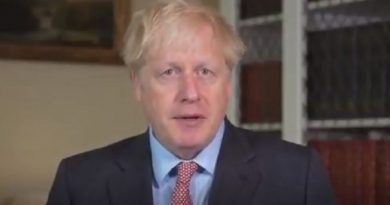