New research1 by The Salvation Army has shown that millions of people risk being unable to access their benefits when Universal Credit is rolled out due to faults in the Universal Credit system.

Researchers interviewed Salvation Army service users, who are part of the first wave of Universal Credit claimants, and found 85% of people surveyed struggled to complete their claim.

Of these, nearly two thirds (60%) cited not being able to use a computer or not understanding the complicated system as the main reasons they struggled to complete the process.

The Government’s own research2 shows that 20% of Universal Credit claims are dropped before they are completed. The Salvation Army is warning that there is now overwhelming evidence that unless the Government provide more support for people to apply, vulnerable people will struggle to access their benefits when the system is rolled out fully. Across the UK, millions could be left unable to buy food, pay their rent, and take care of their children.

Rebecca Keating, Director of Employment Services at The Salvation Army said: “Rolling out Universal Credit in its current form will steamroll vulnerable people into poverty but the Government has time to turn this around by accepting our recommendations and making it easier to apply.

“Millions of people need extra support accessing a computer or understanding how to fill in complicated online forms. It is these vulnerable people who also claim Employment Support Allowance (ESA), a benefit for those who need extra help to get back into work. Over two million people are currently claiming ESA and are due to be moved onto Universal Credit3. Our research shows that many of them are going to struggle to access a system that is complicated, bureaucratic and digital by default.”

The Salvation Army is calling for the following improvements to be made to the system to ensure the most vulnerable don’t find themselves locked out of the system:


· Better identification of vulnerable people and those with mental health issues so they have tailored support to move onto Universal Credit.

· Investment to ensure smaller caseloads for Jobcentre Work Coaches so they have more time to properly identify and support clients who need extra help.

· More partnership working between Jobcentres and organisations like The Salvation Army, which has expertise in helping vulnerable people into work, including digital and budgeting support.

· Claimant Commitments to be personalised so that specific needs around issues like homelessness and domestic abuse are taken into account and people get the right support to help them find a job and stay in it.

Those adversely affected by Universal Credit include 36-year-old father, Michael, he said: “I suffer from anxiety and depression and have been coming to The Salvation Army’s food bank since I was put on Universal Credit two years ago. It’s really tough and I’ve been sanctioned for missing appointments when I was ill. I’ve also been sanctioned for not looking online for work, but I don’t have access to the internet now because I had to pawn my laptop and my phone to get money to look after my kids.”

The Salvation Army’s, Rebecca Keating, continued, “Universal Credit is already the main reason4 people are coming to our food banks. They come to us for help at the point when they have given up and got themselves into debt trying to manage without the money for rent and food. We are helping those we can but the system is complicated even for those who are not classed as vulnerable and are applying for the standard Job Seekers Allowance who may also struggle.

“Half of people we surveyed said that mental ill health meant they struggled to move on to Universal Credit. The Government needs to seriously rethink the implications of what that means for moving more people onto the benefit.”

The Salvation Army’s report, ‘Understanding Benefits and Mental Health: A national rethink on how government supports vulnerable people moving onto Universal Credit’ surveyed people who are currently out of work and being helped to find employment with its Employment Plus service. 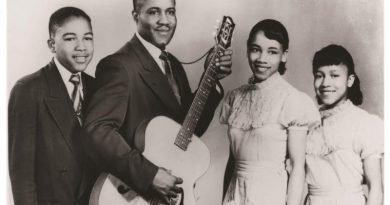 Some of the Faithful Folks We Lost in 2021