The recently launched National Sex Offenders Register in Nigeria is a welcome development, considering the fact that ‘one in four women is sexually abused in the country and, worse still, before they attain the age of 18,’ as extrapolated from a report by UNICEF. These statistics seem to be a mere tip of the iceberg, as we, as a people, have not been good at keeping accurate records of sex crimes and their heinous perpetrators, who should be named and shamed.

In the United Kingdom, the Sex Offenders Register contains the details of anyone convicted, cautioned or released from prison for sexual offences. In 2018, about 60,000 sex offenders were registered. They are made to feel the full weight of the law, and are legally required to register with the police within three days of their conviction or release from prison. They must continue to do so, on an annual basis, and should they default or defect, they are sent to jail straight away.

Of importance, too, is Sarah’s Law, named after eight-year-old Sarah Payne, who was abducted and then murdered by sex offenders. This law allows UK parents to find out if a child sex offender is living in their area. More so, if someone on the Register wants to start a new relationship, there are certain conditions that must be met. These conditions become more stringent if any of the lovebirds are coming into the relationship with children.

Now to my beloved country. This new measure is a positive step in the right direction. However, keeping an overstocked database of those convicted of sex crimes is one thing, and actually prosecuting these criminals, another. It has been established by the United Nations Children’s Agency, UNICEF, that the majority of cases involving sexual abuse in Nigeria are not prosecuted, thereby, giving the heartless perpetrators free rein to intensify their atrocious acts.

Now is the time to put our money where our mouth is. We must ensure we keep a clean slate of the past, and steamroller our country’s ever-growing sex offenders anytime they go on the rampage, violating the rights of our young girls. In addition, where these criminals are to be sent to jail as a deterrent, that punishment should absolutely fit the crime. Their incarceration should not be cosy, comfortable or stress-free, merely because they are acquainted with the prosecuting judge, or because they are able to navigate around the lacunae that bedevils our criminal justice system.

It is also high time we took sexual violence seriously, and rewrite or abrogate certain sections of our penal codes, which covertly encourage rape, spousal abuse and sexual violence. Take, for instance, Section 282(2) of our penal code, where it is spelt out inter alia, that sexual intercourse by a man with his own wife is not rape if she has attained puberty. This provision is, to me, defective, and actually ostensibly allows for the defiling of teenage girls, as the honourable drafters of the Code simply ignore the age of puberty (usually 14), and, rather, concentrate on the all-encompassing banner of ‘wife’.

Let’s also examine the poisonous fangs of the Northern Nigeria Penal Code, Section 55(1) (d), which provides that ‘nothing is an offence which is done by a husband for the purpose of correcting his wife…’ Here, the drafters did not specify which ‘offence’ needs correction nor did they give an iota of consideration to what is ‘correction’ and in what manner or fashion it can be gauged. Our drafters made a serious error of judgement – and they know it. Even, the Vagrancy Law, which has for close to a decade ceased from being enforceable in Nigeria,  is still being used by morally bankrupt and skirt-sniffing law enforcement officers to railroad innocent girls to jail for ‘wandering’, if they fail to ‘play ball’ or surrender their bodies for rape.

The nitty-gritty here is that, while the newly launched Sex Offenders Register is a desideratum – albeit arriving belatedly, considering the excruciating pains our young girls have been subjected to over the years – there should be a rewording of these Codes which, in their harshness, could drive our numerous teenage girls and baby-wives onto the streets and into the trap nets of these evil, conscienceless sex offenders. And while this Register will contain the names of all those prosecuted for sexual violence since 2015, as already hinted, we should all support it wholeheartedly.

It would be preposterous – and clearly beyond the realms of the ridiculous – for anyone to begin to argue about the concept of Retroactive Law; the Register had not been in operation in 2015, when these people committed the sexual offence. If we resort to this self-defeating argument, our efforts will then be tantamount to treating a terminal cancer with penicillin.

Now is the time for Nigeria to dazzle and not fizzle out in the face of our sisters and daughters, who are being held by the jugular by unscrupulous sex offenders. Our lawmakers must ensure by deeds, that the issue of women’s rights is pursued with vigour. It must transcend from being a mere hoary chestnut, mouthed by insincere propagandists, into something positive that we can all be proud of.

Finally, while I applaud the newly introduced Sex Offenders Register, methinks there should be no garland yet for Sadiya Farouq, Nigeria’s Minister for Humanitarian Affairs, as we have only just initiated our first step. Will this lofty idea succeed, or will it falter and eventually dwindle, like a pack of cards?

Martins Agbonlahor is a trained lawyer and author of Killing Them Softly: The Struggle for Women’s Rights in Nigeria. He lives in Manchester, United Kingdom. 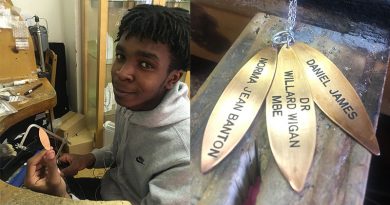 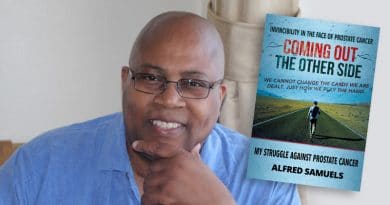 Testimony of a prostate cancer survivor by Alfred Samuels 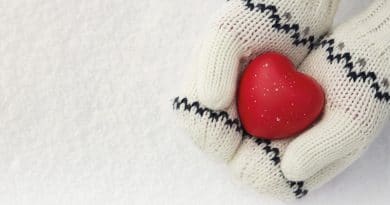 He came… regardless by Pastor Bryon Jones