Persecution of Christians in India forces believers to choose between their faith and their family.

At only 11, Saree*, a girl from rural India, was subjected to physical abuse and cruelty by her father and brother who refused to acknowledge Saree’s newly found faith. They eventually forced her to choose between her family and Christianity.

Saree was deaf, and consequently was not able to keep up with school. She was bullied because of her deafness too. However, neither the hospitals nor Hindu temples and witchcraft practitioners to whom she was taken for healing were able to help.

One day, one of her aunts who was a Christian told Saree that her God would heal her. Saree remembers the first time she stepped into a church: “The people were singing songs, and the preacher taught from the Word of God. I heard a little bit of sound, so I could understand a little of what was being said and sung. The songs made me happy.”

After preaching, the pastor and a few other people called Saree to the front and prayed for her. Surprised and scared, at first Saree wanted to run, but decided to stay.

While her parents were happy that her deafness was cured, they warned Saree not to go to church anymore: “The villagers can cut us off from the village,” they said. “We won’t be able to buy any food or drinks anymore and nobody will talk to us.”

However, Saree continued to go to church, secretly. When her older brother found out about it, he started beating her. Her father took part as well.

“One time I was carrying a Bible. My brother took it, threw it into the mud and beat me with a stick,” Saree said. “Later I collected the Bible, wiped it clean and gave it to another believer. He kept it safe for me.”

Eventually, one day they gave her some clothes and pushed her out of the door. “You are not our daughter anymore,” her father said.

With her unwavering faith, Saree left her family for her aunt’s home where she has been staying since then. Out of school and away from her family, Saree is longing to return home. However, she is not able to leave Jesus, she said.

“I think about the fellowship we have on Sundays. Whenever I feel depressed, I think about fellowship. God has said that He will never leave nor forsake us. He is our healer.”

In another recent case, a young Indian Christian family was subjected to severe persecution by the local community for refusing to resign their faith in Jesus.

Beena’s* family became Christian through a pastor in a nearby village telling them about Jesus, but they quickly started receiving threats from their Hindu neighbours. The threats became so severe that Beena sent two of her three children to live with relatives elsewhere.

A few months ago, the persecution became much more extreme, culminating in a direct attack on them.

“On the day of the attack, the villagers called us to the community meeting and blamed us for breaking the village rule by leaving our traditional faith and not paying the annual festival donations to the Hindu temple,” Beena said. “They hurled abuses on us and immediately started showering kicks and blows.”

Villagers used bamboo sticks to beat them and some of them pulled off Beena’s clothes. When her husband tried to protect her, they grabbed him, tied his hands behind his back and prepared to throw him in the nearby deep pond.

While Beena run away with her eleven-year-old son, she heard their attackers shout: “There is no chance he will escape today. He will die! He will drown with his faith today.”

Unaware of her husband’s fate, Beena and her son reached a field and knocked at the door of a hut. The people inside gave them shelter and arranged their escape to their pastor’s house under the cover of darkness, part of the journey by boat.

“All I could think about was – is my husband even alive?” said Beena. I just held my son close to myself and my tears could not stop. My heart kept racing the whole time.”

Their boat safely reached the other side of the river and the mother and son walked to the pastor’s house. When they arrived, she heard people singing – a prayer service was taking place. With the immense joy that they reached safety, Beena also felt deep sadness for her husband.

What she heard next, made her heart leap with joy. “It was my husband’s voice! I was so confused at first and wondered – was I hallucinating?” Beena said. “We hurried up to the door and knocked impatiently.

“The door opened and the next thing I saw was my husband, seated surrounded by a group of church members. They were overjoyed to see me and my son reach there safely.”

The three of them cried tears of joy. Her husband told her that after being thrown into the pond, he miraculously managed to release his hands and escape.

When Christian families are attacked, Open Doors partner Abishek helps. He is reaching out to the most vulnerable, providing persecution survival training, emergency relief, pastoral support and legal assistance to persecuted families.

India is number 10 on the Open Doors World Watch List, the annual ranking of the top 50 countries where it is most difficult to be a Christian. Around 64 million Christians live in India – less than five per cent of the total population.

Christians in India face horrific levels of violence from extremists, with thousands of attacks taking place every year. Several states in India have brought in anti-conversion laws. Such laws are often used as an excuse to disrupt church services and harass Christians, and make it difficult for Christians to share their faith with others. 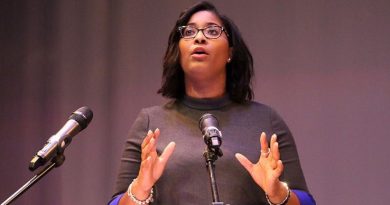 ‘Black people do not believe their human rights are equally protected’