A staggering 81% of 11-18-year olds are unable to name a single female entrepreneur, according to new research1 from Santander.

The study also found that children today are nearly four times as likely to think of a man than a woman when they hear the word ‘entrepreneur’ (37% vs. 10%).

Over six in ten – 63% – of girls aged 11-18 said they have never thought about starting their own business, with the main reason cited that they don’t know anything about how to begin (43%).

With only a fifth of businesses in Britain being run by women2, the research highlights the knock-on effect the lack of visible female role models is having on the next generation.

The research also suggests that parents across the UK may play a part in perpetuating an entrepreneurship gender divide, with just a third – 35% – of girls stating that they have been encouraged by their parents to become an entrepreneur (versus 42% of boys).

The study also found that almost half – 46% – of parents believe entrepreneurship is largely male-dominated, with a quarter (27%) saying it’s because ‘men are more business minded.’

Susan Davies, Managing Director, Santander Business, commented: “It’s shocking that as we enter the 2020s some parents continue to believe that boys are somehow more naturally suited to business than girls.

“These findings clearly show that as a nation we need to do much more to encourage and support young women to become entrepreneurs. It’s vital to the UK’s success that we harness the huge potential of young women to drive economic growth and shape the country’s future through new business ideas.”

In a bid to support the next generation in considering running a business in the future, Santander has today launched a new guide to becoming an entrepreneur, including videos and tips from a range of successful female business owners.

Olympic and three time World Champion, Santander ambassador and entrepreneur Dame Jessica Ennis-Hill, said: “It’s very disappointing that despite the progress that’s been made on gender equality in recent years there is still such a stark gender divide when it comes to young people and entrepreneurship. That’s why I’m working with Santander to inspire more young women to think about starting their own business and support them with practical, real-world advice from successful female entrepreneurs. Launching a new business is extremely daunting, even for someone fortunate enough to have had a head start like me, so I know this kind of support will be really valuable to anyone thinking of taking the plunge.”

Among the small percentage of children who could name a female entrepreneur, Karen Brady and Deborah Meaden were the most recognised, highlighting the lack of visibility of more recently established female business owners. 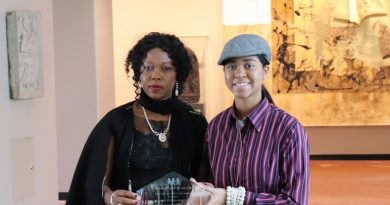 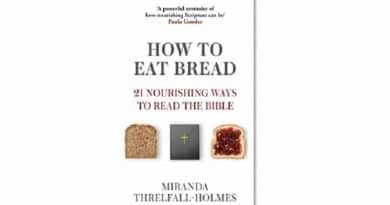 How to Eat Bread: 21 Nourishing Ways to Read the Bible