In a way, her strangeness, her naiveté, her craving for the other half of her equation was the consequence of an idle imagination. Had she paints, or clay, or knew the discipline of the dance, or strings, had she anything to engage her tremendous curiosity and her gift for metaphor, she might have exchanged the restlessness and preoccupation with whim for an activity that provided her with all she yearned for. And like an artist with no art form, she became dangerous.

The Institute of Contemporary Arts presents a three-day convening celebrating the life and work of the novelist, essayist and Nobel laureate in literature, Toni Morrison.

The convening revisits Morrison’s 1986 talk at the ICA alongside screenings, talks, performances and study groups. A testament to Morrison’s influence on the arts – including literature, film, painting and music – the convening explores the continuing impact of Morrison’s work on generations of cultural luminaries.

Morrison is widely celebrated for a body of work which chronicled African-American experience and identity. Over five decades, Morrison authored 11 novels which spanned the 17th century to the present day, as well as children’s books and essay collections. Renowned works include Song of Solomon, which received the National Book Critics Circle Award in 1977, and Beloved, which won the Pulitzer Prize in 1988. Morrison was the first African-American woman to win the Nobel Prize in Literature in 1993. Morrison was awarded the National Humanities Medal in 2000; the Presidential Medal of Freedom in 2012, which was presented to her by President Barack Obama and is the highest civilian honour in the United States; and the Ivan Sandrof Lifetime Achievement Award from the National Book Critics Circle in 2015. The Toni Morrison Society, a non-profit literary organisation devoted to the study of her life and work, was founded in 1993.

Inspired by Five Poems (2002), a collection of poems written by Morrison with illustrations by artist Kara Walker, the convening seeks to create a space for existing and new Morrison readers to engage in a close study of her work. Featuring academics, artists, writers and curators who all have profound personal, artistic and intellectual connections to Morrison’s work, the convening includes Farah Jasmine Griffin, Victoria Adukwei Bulley, Leo Hermitt, Kareem Reid, DJ Lynnée Denise, The Black Curriculum, Lola Okolosie, Avery Gordon, Ellah P. Wakatama and more to be announced.

Farah Jasmine Griffin, Professor of English and Comparative Literature at Columbia University, opens the convening with a keynote lecture on the ethics of care, healing and restorative justice in Morrison’s late fiction.

In Five Poems for Toni Morrison, poets and writers including Victoria Adukwei Bulley, Leo Hermitt and Kareem Reid are invited to write and perform an original piece in response to Morrison’s work.

DJ scholar Lynnée Denise, a Visiting Artist at Stanford University’s Institute of Diversity in the Arts, presents a newly commissioned artists’ film project whose primary source material is the archival video recording of Morrison’s Guardian talk at the ICA in 1986. This is followed by a Q&A between Lynnée Denise and ICA Curator of Learning Nydia A. Swaby.

DJ Lynnée Denise plays a DJ set to follow the screening of her commissioned remix of Morrison’s 1986 Guardian talk at the ICA.

Volume IV comprises study groups led by writer, schoolteacher and winner of the Novel Studio scholarship from City University, Lola Okolosie, and The Black Curriculum, an organisation that seeks to address the lack of taught Black British History within schools. The Black Curriculum study group, aimed at students aged 11–16, focuses on Morrison’s 1992 novel, Jazz, to consider the connections to music and photography in Morrison’s writing. Lola Okolosie’s study group offers a critical reading of Morrison’s 1970 novel The Bluest Eye, drawing upon contemporary references.

Screening of Toni Morrison: The Pieces I Am and Q&A with Farah Jasmine Griffin, Avery Gordon and Ellah P. Wakatama

Saturday 14 March, 6pm, ICA Cinema The convening concludes with a screening of the 2019 documentary Toni Morrison: The Pieces I Am. The film provides an intimate look at Morrison’s life through interviews with Morrison’s colleagues and friends, among them Oprah Winfrey, Sonia Sanchez and Farah Jasmine Griffin. A Q&A with Ellah P. Wakatama, Farah Jasmine Griffin and Avery Gordon, Professor of Sociology at the University of California, follows the screening. The Pieces I Am features artworks by significant African-American visual artists including Mickalene Thomas (who created the collage that opens the film), Faith Ringgold, Elizabeth Catlett, Kerry James Marshall, and Romare Bearden.

The Japanese Christians forced to trample on Christ 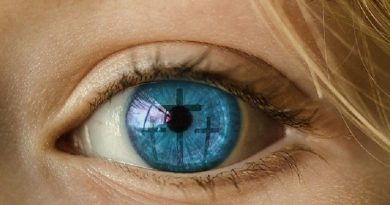