Russian President Vladimir Putin wants marriage to be defined as the union of a man and woman in a revised constitution, ruling out gay marriage.

It is among several constitutional amendments proposed by Mr Putin, which are set to be put to a public vote.

Critics see the proposals as a move by Mr Putin to keep a hold on power after his presidential term ends in 2024.

The package includes a proclamation of Russians’ faith in God and a ban on giving away any Russian territory.

The territorial amendment would strengthen Russia’s hold on Crimea – a Ukrainian region it annexed in 2014 – and the Kuril Islands, disputed with Japan since World War Two, according to Vladimir Mashkov, a renowned actor-director involved in drafting the new constitution.

Mr Putin also proposed an amendment on “historical truth”, to protect “the great achievement of the people in their defence of the Fatherland”.

He has railed against what he sees as foreign attempts to diminish the enormous sacrifice made by the USSR in World War Two. The defeat of Nazi Germany cost an estimated 27 million Soviet lives.

Mr Putin is in his fourth presidential term; he has been the dominant figure in Russian politics for 20 years. His presidency has been marked by a revival of Soviet-era symbols, conservative values and the influence of the Russian Orthodox Church.

He surprised the nation in January with plans for constitutional changes that include transferring some powers from the presidency to parliament.

While most Russians identify as Orthodox Christians, the state is officially secular. The current constitution dates from 1993, when then President Boris Yeltsin was embracing Western democracy and capitalism.

Mr Putin’s drive against Western liberalism has included a controversial ban on disseminating “gay propaganda” among young Russians. The ban – condemned by many liberals and the European Court of Human Rights – has been used to harass gay rights activists.

The constitutional reform bill was approved by the Russian parliament’s lower house – the State Duma – in January, and Mr Putin’s amendments were introduced in time for a second reading next week. The Russian legislature is dominated by Putin supporters.

A public vote on the constitutional revision is scheduled for 22 April, but before then it has to get final approval from parliament and the Constitutional Court.

A Russian political analyst, Konstantin Kalachev, told BBC Russian that the proposals were “a mixed bag”. “It turns out that our forefathers gave us faith in God and the ideas of communism,” he commented, but added: “Putin is a mirror for the majority of Russians”.

Many of the amendments were submitted to Mr Putin by prominent social and cultural figures appointed to a constitutional working group.

Political scientist Grigory Golosov criticised the changes as “political”. “The constitution we have indicates that the state should be free of ideology. So I think these changes are inappropriate.” 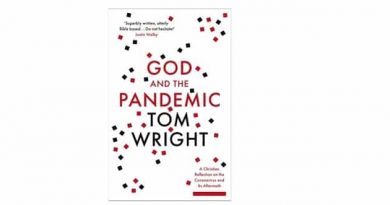 A Christian Reflection on the Coronavirus and Its Aftermath