The nation will pay tribute to the outstanding and ongoing contribution of the Windrush Generation and their descendants on 22 June 2020.

Building on the success of the inaugural national Windrush Day last year, 49 projects across the country will receive funding to mark Windrush Day 2020 and commemorate the seminal moment nearly 72 years ago when the Empire Windrush arrived at Tilbury Docks.

Those hosting events will work to celebrate, commemorate and educate communities on the leading role the Windrush Generation and their descendants have played in making Britain stronger, culturally richer and more inclusive.

Funded projects will hold a rich and wide-ranging series of events, including:

“Windrush Day provides a great opportunity for all of us to come together and remember that we are a better country for the central role British Caribbean communities have played in post-war Britain.

“British Caribbean communities have made Britain a better, more prosperous country in so many ways. From the communities they have built to the public services they have supported and led, and the arts and culture they have enriched, they have made an incredible contribution to their country.

“It is right we reflect on this hugely positive impact on our society and I’d encourage everyone to come together to share and commemorate on June 22 and in the days and weeks beyond.”

“Windrush Day serves to commemorate the powerful legacy of the Windrush Generation and their descendants who have changed Britain for the better.

“It was moving to join events last year as the nation came together to mark this vital part of our shared heritage and history.

“Now the aim is to further embed Windrush Day in the national consciousness and ensure we continue to honour the Windrush Generation and their descendants for years to come.”

Today, new guidance supporting community groups and civil society organisations to host their own events has also been launched. The marketing and events toolkit will ensure Windrush Day is marked as widely as possible in communities around the country.

In June 2018, the Government announced an annual Windrush Day to encourage communities across the country to commemorate the Windrush story on Windrush Day and throughout the year.

The national celebration is backed by a £500,000 Windrush Day Grant Scheme overseen by a Windrush Day Advisory Panel of community representatives.

Launched in October 2019, the Windrush Day Grant Scheme received over 200 bids for funding from community groups, charities and local authorities across England.

Windrush Day marks the anniversary of the arrival of MV Empire Windrush at the Port of Tilbury, near London, on 22 June 1948. The arrival of the Empire Windrush nearly 72 ago marked a seminal moment in Britain’s history and has come to represent the rich diversity of this nation.

Those who arrived on the Empire Windrush, their descendants and those who followed them have made and continue to make an enormous contribution to Britain, not just in the vital work of rebuilding the country and public services following WWII but in enriching our shared social, economic, cultural and religious life.

Overcoming great sacrifice and hardship, the Windrush Generation and their descendants have gone on to lead the field across public life, in business, the arts and sport. Britain would be much diminished without their contribution. 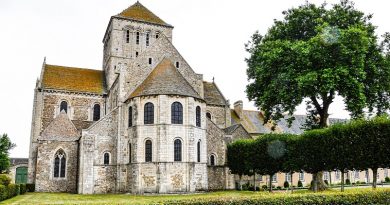 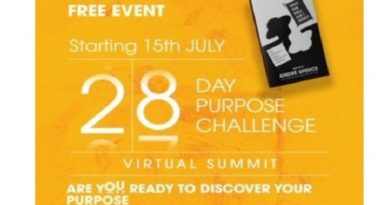 What Should We Preach During a Crisis?