Lorraine’s love for music doesn’t stop there. She is a music and French graduate teaching in Secondary School where she has formed gospel choirs and taken school choirs around Europe.  She had been one of the choir leaders of the Camden Schools Choir Music Festival consisting of over 50 schools performing at the prestigious Royal Albert Hall. Lorraine is also a trained vocal coach and teaches piano in addition to music theory grades. Lorraine was a member of the renowned London Community Gospel Choir.

Her live shows are not to be missed; accompanied with her live band with a fusion of 80’s Soul, Neo Soul, Motown, Gospel, Rare Groove and of course Dance/House music.

In 2008Lorraine was the winner of a televised gospel singing competition on Love World Music Festival aired on Love World Digital TV channel. She has sung as a solo artist in popular places such as the London Jazz Café where she supported Kindred – The Family Soul, the 606 Club, Royal Albert Hall.

This track is already being noticed by Dj’s such as JIGI’s on Mi- Soul, BBC Paul Miller, Soul Weekender Radio, Starpoint Radio, Soul and Jazz and Funk, Soul track.com and many more.

The reality of being an author by Vanessa Grossett

Conference on tourism, jobs and inclusive growth opens in Jamaica 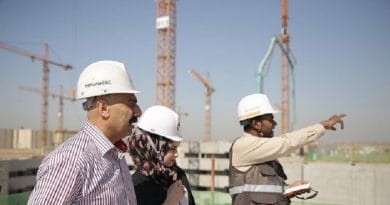