The story of Easter is one of the greatest love stories the world has ever heard. John 3:16 succinctly explains it like this: ‘For God so loved the world that He sent His only begotten Son, so that whosever believeth in Him should not perish but have everlasting life.”

The story is a well-known one. God hates sin so much that He sent His Son to be the atonement for human wrongdoing. Jesus Christ willingly died on the cross – enduring great pain and brutality in the process – so that He could be the ultimate sacrifice and, in doing so, paved the way for humanity to experience God’s salvation, forgiveness of sin and eternal life.

This Easter story is a powerful one, because it shows the strength of God’s love for humanity and the lengths to which He was prepared to go in order to be in relationship with us.

Christians must not be scared of sharing, telling or preaching this story, especially so in our current environment, when so many other stories about how our lives and characters can be transformed compete for our attention.

However, if we are not careful, other stories will not only get our attention, but surpass the attention we give to the Easter story.

We live in an age where storytelling is in vogue. Everybody wants to tell their story – so much so that when some people are invited to preach, they spend more time talking about their own story rather than telling God’s story.

Whilst nothing is wrong with an individual sharing their testimony of God’s grace and mercy in their lives, there is something wrong when the storyteller allows the relating of their personal experience to supersede telling God’s story, which recounts His love for humanity and the lengths He went to – and will continue to go to – in order to have a relationship with His creation.

The epistles of John have a major focus on God and love. The two words are inseparable.  In fact, 1 John 4 constantly states ‘God is love’. And the story of that love must be constantly told via the sharing of the Easter story. And, whilst the death of Christ on the cross is a key focus, His glorious resurrection should be also.

As this special time of year approaches, we’ll get ample opportunities to not only hear this fantastic story of God’s love for us, but to share it too. Let’s make sure when we tell this story we do so honestly and authentically – all the while letting people know that they are loved and that God is love.

The insidious problem of racism

There has been a lot of talk in the media about racism lately, following the decision of Prince Harry and Meghan Markle to make a life abroad in Canada. It’s a decision partly inspired by the negative media coverage Meghan has received since she married into the royal family.

The ensuing discussion about their decision brought to the fore the issue of racism. It was discussed throughout mainstream TV and press media  – and what a discussion it was. There were occasions where it got extremely heated.

Those discussions begged the question of how should the Black community respond to racism in general. It’s an aspect of life we’ve had to deal with ever since we came to live in the UK en masse.

A talk with an academic helped to work out in my own mind the strategy we could employ to deal with the insidious problem of racism.

Firstly, we need the campaigners/agitators who call out racism unequivocally when they see it, and challenge the perpetrators of it to make the changes needed to eradicate racism from their structures.

Secondly, we need individuals who will work to build the capacity, skill, strength and knowledge of the Black community.

Thirdly, we need those in the Black community to fearlessly pursue their educational, career and business aspirations, as well as become part of British institutions.

The church has and should continue to work alongside those who champion racial justice. We must do so, not only because it’s a good thing to do, but also because our faith demands it. We are all made in God’s image, and when someone is treated badly because of their race, it’s an attack on a greatly valued member of God’s creation.

In recent months, there has been a growing number of events and initiatives which focus on men. Whether prayer services, seminars on mental or physical health or therapy sessions, there is a move to see men experience wholeness. I see this as a positive development.

God has called men to be leaders in their homes, communities and in wider society. Whenever they are in pain, have unresolved personal issues, or are behaving out of character, it impacts on their ability to be the leaders God has called them to be.

The ‘man up’ advice – usually given to men when they act up or ask for help – just doesn’t cut it anymore, and the Black community (and the men themselves) are realising they need more support, encouragement and help in order to be victorious men of God.

It’s imperative for the church to support initiatives aimed at men; firstly, because it has a major role to play in helping people fulfil their purpose, and secondly, our churches need men. Full stop. The end. 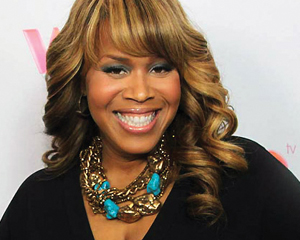 General Election 2019 Your Choice Your Vote| Our future