Ever since it was founded by Rev Carmel Jones back in 1980, the Pentecostal Credit Union (PCU) has been providing much needed financial services to the Pentecostal Church community, and is now about to celebrate its 40th Anniversary.

“In 1955, a 17-year-old boy arrived in the UK from Jamaica. One Sunday, he attended his local Anglican church service. At the end of the service, the vicar thanked him for coming, but asked him not to return. Thirty years later he was returning to Anglican churches – this time to buy their buildings.”

That young man was Carmel Jones.

Rev Jones recalled: “I had looked forward to coming to live in the UK. I had believed, because I was a Christian, I would be welcomed by the Anglican Church, as I had served as an altar boy in my hometown in Jamaica. I was therefore shocked when I visited an Anglican church here in Britain, and was told not to come back.”

His experience did not put him off his faith or attending church, however, and he joined the Calvary Church of God in Christ, a Pentecostal church in South London, where he was later appointed a minister.

He read an article in The Sun newspaper about credit unions, and believed it could be the vehicle to provide the Pentecostal Church and its community with financial services that weren’t readily available to them from established sources.

“The article resonated with me strongly,” he explained. “I believed a credit union would be the perfect type of organisation for the church.  I shared my vision to set up a credit union with some of my fellow Christians and church leaders and, in 1980, the Pentecostal Credit Union was founded.”

The PCU is now one of the financially strongest credit unions in Britain, with an asset base of £11m. It is also an enduring legacy of the Windrush Generation and the UK Black Church.

2020 is a landmark year for the PCU, and its CEO, Shane Bowes, will be spearheading celebrations for its 40th Anniversary, which

• a free Thanksgiving Service at St Martin-in- the-Field, where the Bishop of Southwark will speak; there will be an ensemble from Europe’s first BAME Orchestra, Chineke! and singing by the London Adventist Chorale;

• a gala banquet to be hosted by the BBC’s Clive Myrie, with a fine dining menu prepared by celebrity chef James Cochrane, and after-dinner reflections from Dame Floella Benjamin.

Shane said: “The PCU is proud of its many achievements over the past 40 years. We have come a long way since Rev Carmel Jones launched the PCU in 1980, opening the first account with just a pound.”

These practices migrated to the Caribbean at the time of the transatlantic slave trade. In Jamaica, the practice is called ‘pardner’, while in other Caribbean islands it is called ‘syndicate’, ‘box hand’ or ‘susu’. These community banking systems operate outside of the formal legal and financial systems, and function solely on allegiance, mutual trust and the integrity of the participants.

Windrush migrants brought the practice of Esusu to the UK, and it flourished here as a result of the financial exclusion they experienced through the discriminatory practices of the UK banks at that time.

Esusu (and its variations) assisted many people of the Windrush era with making major purchases, such as funding mortgages and paying the travel and other costs of family members joining them here, but it wasn’t the only community banking system that Caribbean Windrush migrants brought here.

The first recorded British credit union was the Hornsey Cooperative (now the London Capital Credit Union), which was established in 1964 in North London by Caribbean families. Credit unions then (and today) are one of the most popular forms of banking in the Caribbean. According to the World Council of Credit Unions, the countries with the highest percentage of credit union members in the economically active population were: Barbados (82%), Ireland (75%), Grenada (72%), Trinidad & Tobago (68%), Belize (67%), St Lucia (67%), St Kitts & Nevis (58%), Jamaica (53%), Antigua and Barbuda (49%)… The Caribbean representation here is overwhelming.

At the same time that pardner was flourishing, so too was the growth of the Black-majority Pentecostal church. The Caribbeans, who came to the UK in the 1950s and 60s, were people of faith. Many had attended the traditional denominations (Anglican, Methodists, Baptist, URC) in their native islands, and were surprised when they were not embraced in those same churches over here.

Although turned away by traditional churches, the new migrants were welcomed by the Pentecostal churches that were springing up in people’s homes across London, and in any town or city where there was a sizeable Black population. They offered lively worship, support, and a community of like-minded people of similar background, providing Christian inspiration and sustenance to those West Indians creating a new life in Britain.

This 40th Anniversary year gives the PCU an opportunity to reflect on its many successes, which include providing finance to enable ministers to buy buildings. Churches purchased with a PCU loan include the flagship Ruach City Church in Brixton, south London; New Life Assembly in East Dulwich, south London, and the Church of God in Christ Headquarters in Luton.

The PCU provides loans for business and personal use and, since Shane Bowes took over the PCU in 2015, it has extended its reach and impact within its target audience, the Black Pentecostal community.

Not only is the PCU now one of the strongest credit unions in the country, it also runs numerous initiatives to empower its membership and the wider community and to increase financial awareness. These include free financial capability workshops for Pentecostal churches and church groups throughout the UK; a leadership and personal development programme for members of their Youth Shadow Board, and a business development course for member business start-ups and entrepreneurs, who want to take their business to the next level.

It has also hosted a number of events, including Solomon’s Room, which was held at the Royal Society in 2018, where Dragon’s Den winner Levi Roots was the guest speaker.  The event gave students on the PCU business development course the opportunity to make a pitch to established business owners for funding and support.

Without doubt, the PCU is an organisation that fosters deep respect and pride for its role and accomplishments. Influencers within the Black community have nothing but admiration for the PCU. Bishop Delroy Powell, current leader of the New Testament Assembly in the UK, stated: “I am proud of the long association that my organisation has had with the PCU, dating back to its inception. I know first-hand of the relentless efforts and personal sacrifice made by Rev Carmel and the founders to meet the needs of our people when no other help was there. It was the PCU that placed the NTA on the first rung of the ladder of success that today we can own properties and assets to the value of several million pounds.”

Antonia Burrell is founder and CEO of Antonia Burrell Holistic Skincare. She fully welcomes the ethos of the PCU. She explained: “I just believe it’s really healthy to keep money within our community, because it builds strength, gives us leverage and makes us realise we have what we need to move forward. I find the PCU to be a forward-thinking organisation, innovative and professional. It sets a good benchmark of business practice that more of us could follow.

I love that they listen and give back.”

Mark McIver runs Slider Cuts, a barber shop, whose clients include world champion boxer Anthony Joshua; Brit award-winner Stormzy, and TV presenter Reggie Yates. He was able to get a PCU loan to build his business. He said:

“I struggled to get a loan, but the PCU were very helpful and gave me the loan I needed. What I liked is that they are like a corporate company, which has the community at heart.”

The PCU’s 40th Anniversary celebrations are taking place at an opportune time. Shane shared: “The PCU has a lot to celebrate. The planned events will give the public the opportunity to hear how the PCU has contributed to the development of the Black community over the years; get insight into our plans for the future, and simply enjoy and applaud an organisation that can be considered a Black business success story.” 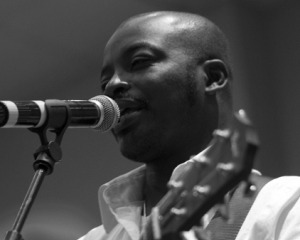