After receiving a high proportion of requests from people working for the NHS wanting to make wills, Farewill – the UK’s largest will writer – recently announced that it would respond by waiving its £90 fee for them, for the foreseeable future, redeemable at farewill.com/nhs.

There were almost twelve times the number of requests from NHS workers in March 2020, as compared to December 2019. Alongside NHS workers making wills using the online platform, Farewill received numerous direct requests for discounts from medical staff. The customer service team also spoke to NHS workers expressing worry and wanting specific advice about their situation, with many saying colleagues had encouraged them to think about arranging their affairs.

Within the first few days of launching, over a thousand NHS workers took up the offer and made their will for free. One such customer is Amy Bywater, an A&E nurse and mother of two young children, who works at the Southmead Hospital in Bristol. She said:

‘I’ve thought about making a will in the past but I’ve never got round to it. I wasn’t sure I was in the right age group to be honest. Now, especially working on the front line, it makes you think. You never know what might happen. When I wrote my will with Farewill it only took 15 minutes, and it was much more straightforward than I expected. I think lots of NHS workers will benefit from the offer, and I’ve already started putting the word out in my Facebook groups.’

Other providers are also starting to launch similar offers, including Talbot’s Law in the Black Country.

‘Ever since we started in 2015, we’ve always wanted to make what is a tough and intense topic easier for everyone. We’ve seen demand for our services increase recently and we’ve done everything we can to meet it, taking on around 20 extra staff.

When we started seeing the volume of enquiries from NHS workers grow so steeply, we all wanted to support them.

So, to give them peace of mind and make the process as simple as possible in the middle of what must be an incredibly demanding time, they can make a will with us in as little as 15 minutes, for free (saving them £90). People can do it from home, from work – from wherever they like, so long as they have either internet or phone connection.

Things are challenging for everyone in the NHS at the moment and we hope this gesture, even though it’s a small one in the scheme of things, will go some way towards helping.’

For generations, the way people deal with death has been the same. The funeral industry hasn’t changed in over 150 years but people’s wishes and needs have evolved. The current process is cold, complex and incredibly stressful, and usually involves an expensive trip to a local solicitor and funeral home. In fact, the average cost of dying is the highest it’s ever been in the UK (almost £10k in 2020) and 1 in 8 families falls into funeral poverty.

We created Farewill to address this, and to make death easier for everyone. By blending smart technology with outstanding customer service, we’re making everything about it simpler, faster and fairer for people all over the UK – from wills, to probate, to cremation.

Since our launch in 2015, we’ve been voted the UK’s best-rated death experts on Trustpilot, and won National Will Writing Firm of the Year 2019 at the British Wills and Probate awards. We’re backed and supported by some of the best investors and entrepreneurs in Europe, from the founders of Zoopla and TransferWise, to Kindred Capital, JamJar, DMGT and SAATCHiNVEST.

BAME Representation at Oxbridge: How Brexit Will Add Insult to Injury 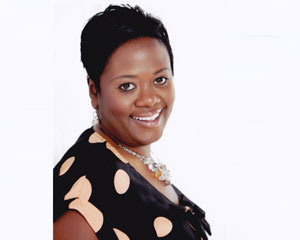 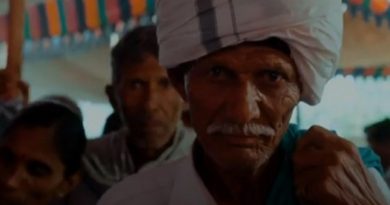