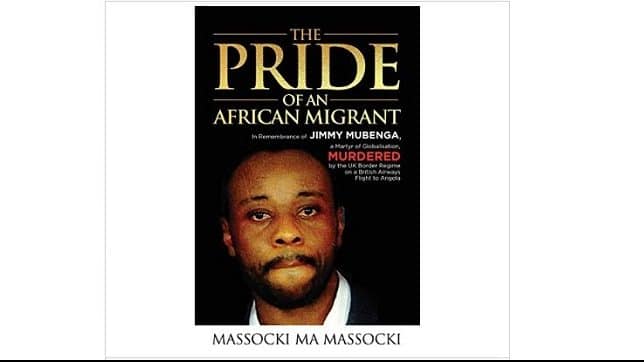 Buea, Cameroon  – A former African asylum seeker in the United Kingdom has authored a book titled ‘‘The Pride of an African Migrant’, which will be released on May 4 by Pierced Rock Press’.

Cameroonian activist and columnist, Massocki Ma Massocki, who arrived in the UK in 2007 as a student then ended up seeking asylum and lived in the country until 2012, subtitled his memoir:  ‘In Remembrance of Jimmy Mubenga, a Martyr of Globalisation, Murdered by the UK Border Regime, on a British Airways Flight to Angola’

Massocki sets out from Cameroon, West Africa, to the paradise that awaits in Europe. But instead in the United Kingdom he encounters racism, state violence, insecure jobs, and imprisonment in three different detention centres, destitution and begging on the streets, entrapment by drug dealers, and an arson attack.

He journeys from London, to Southend and Liverpool. He meets and tells the unbelievable stories of other migrants. Massocki documents his struggle for his own and other people’s freedom and dignity.

Having peacefully protested against the killing of Jimmy Mubenga, Massocki was arrested and detained naked in a freezing cell. After some time, even the place he was staying at was set on fire, ready to kill him.

In his 196 pages memoir, Massocki wrote:

‘ Racist texts found on the mobile phones of the officers who killed Mubenga coupled with the recent Brexit reveal that the xenophobic sentiment is still too strong in the UK for British people to let go of. Such sentiments are fuelled by politicians in the name of patriotism, indistinguishable from xenophobia. Therefore, it is high time for international organisations to take action against both politicians with xenophobic rhetoric and political parties with a xenophobic social program. The Brexit is a red line that has been crossed. UK’s membership in the EU was an anti-xenophobic training ground for British people; with the Brexit, all hopes of multiculturalism and tolerance have disappeared. The Brexit simply means that the British people do not want Europeans in their country.

They do not even want their fellow white people in their country. What does this leave African asylum seekers and immigrants in the UK, not to mention the thousands who are on their way to the country? Are they not going to suffer the fate of Mubenga? Are they not future martyrs of globalisation who will be sacrificed on the altar of British nationalism?’

Dr Melanie Griffiths of the University of Birmingham in England, an expert on mobility and immigration enforcement in the UK, said, ‘The Pride of an African Migrant is a provocative political memoir.’

Bill MacKeith, British activist and founder-member of Campaign to Close Campsfield and End All Immigration Detention, said ‘The pride of an African Migrant is a contemporary mental, physical, and political odyssey. It is a powerful book. The more I go back to it, the more I see its potential to change minds–those of migrants and even those of people not forced to migrate.’

Dr. Toyin Ajao of the University of Pretoria in South Africa, said, ‘We see the gaping horror of what asylum seekers from Africa faced in the UK. Massocki Ma Massocki brings us, in the most gripping way, a story so real that we feel our hairs stand on their ends.’

Where is the human in migration? In an age of immigration as political posturing and propaganda, Massocki Ma Massocki presents a collage of dreams, journeys, tears, wills… even death. This book is an intimate retelling of lives and stories that strips migrants of convenient agenda-driven labels, baring them stark to the reader. With blood running in their veins, vulnerable to fear, driven by ambition–the emotive human is at the centre of Massocki’s latest work. The Pride of an African Migrant is a frank expository conversation for today and of all time. It is a book that every immigration player should read–from potential migrants to diplomatic staff, immigration officials, foreign policy advisors… every person with a migrant family member or neighbour.

The book is already available for pre-order on Amazon. See link below

Bookstores, librarians and wholesalers can pre-order on Ingramspark at 55% discount with a return policy. 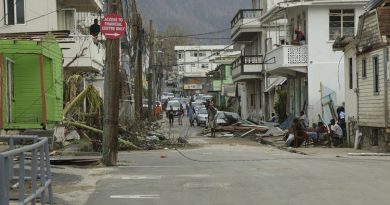 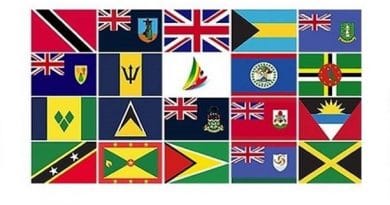 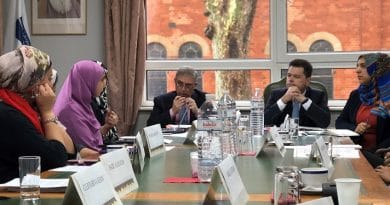 Brokenshire commends ‘brave’ Muslim women in their fight against Islamophobia