Communities across the country will share £500,000 to host events marking the second national Windrush Day, Communities Secretary Rt Hon Robert Jenrick MP confirmed. The nation will pay tribute to the outstanding and ongoing contribution of the Windrush Generation and their descendants on 22 June 2020.

Building on the success of the inaugural national Windrush Day last year, 49 projects across the country will receive funding to mark Windrush Day 2020, and commemorate the seminal moment nearly 72 years ago when the Empire Windrush arrived at Tilbury Docks.

Those hosting events will work to celebrate, commemorate and educate communities on the leading role the Windrush Generation and their descendants have played in making Britain stronger, culturally richer and more inclusive.

Funded projects will hold a rich and wide-ranging series of events, including:

• a celebration of the 50th anniversary of Highfield Rangers, a youth football team founded by teenage Windrush arrivals in Leicester

• an exhibition with portrait photographs and oral histories from the Windrush generation, to be shared with Birmingham schools

• a theatre production to tour community venues and schools in Bristol, together with educational materials and local radio programming

New guidance, supporting community groups and civil society organisations to host their own events, has also been launched. The marketing and events toolkit will ensure Windrush Day is marked as widely as possible in communities around the country. 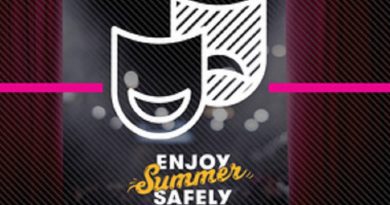 Audiences back in theatres from 1 August