Preach magazine is delighted to announce the names of the four finalists in its nationwide Christian event, Sermon of the Year 2020. The event is supported by Sponsor, SPCK and Associate Sponsor, Ecclesiastical.

The finalists were selected from a host of entries from across the country and from all Christian denominations. At least one finalist was chosen from each of the three experience-level categories, defined by the number of sermons previously delivered. The categories being 10 to 20 sermons, 20 to 50 and over 50.

For this year’s theme ‘Made by God’, entrants were asked to submit a sermon of up to 1500 words, in writing, by 23 February. The judging criteria were:

Shawn Swinney, Vicar of Combe Down, who as our adjudicator, had the role of selecting the final four, commented, “I was very impressed with the standard of entries this year and it made my task of selecting the finalists extremely challenging. Everyone who entered at least deserves to congratulate themselves on taking the time and trouble to do so. I’m sure it’s been an invaluable learning exercise for everyone who took part.”

Following a briefing from Louisa Lockwood, Editor of Preach, each finalist will be tasked now with honing the delivery of their sermon, in advance of feedback from the Grand Final Panel of Judges following the launch on 25 June.

Louisa Lockwood commented, “It was an absolute delight to receive and read all the entries to Sermon of the Year 2020. From age range, to number of sermons preached, different denominations represented and almost equal numbers of men and women – it was a great representation of preachers across the UK.”

Ian Buchanan, Principle Executive of LWPT, publishers of Preach, added, “Having recently joined LWPT this is my first Sermon of the Year. However, having been one of many applicants a few years ago I know just how much it is valued around the UK. So this time seeing things from the ‘inside’ I’m keen to see it still rolling out as always but in a format that suits our lockdown times.

The Covid-19 crisis has affected initial plans for the final on 25th June but LWPT staff are working hard on a new format, which will be announced in the very near future”.

Paul, age 43, is a lay minister at St Mary’s Church, Olveston, Bristol. He is the Chief Executive of Evidence to Impact, a social enterprise that bridges the gap between public health research and the people who need it the most. Prior to that Paul was the founder of Bristol Together, which is a social enterprise that creates full-time employment for ex-offenders through the repair of empty homes and building new social housing. He is also the co-founder of the homelessness charity Aspire. Paul is a Trustee of the Castle School Education Trust, the Sir Halley Stewart Trust and Wesport.

Why I entered the Sermon of the Year 2020
I saw an advert in Transforming Ministry magazine, and was intrigued and inspired by the title given.

My immediate thoughts on being a finalist
I am very excited, and looking forward to hearing how the other finalists have approached the same sermon topic!

Karen, age 26, is from Fareham (near Portsmouth) and now mainly based in Guildford. She is the Visitor Experience Officer for Guildford Cathedral and Musical Director for the Rhythm of Life Community Choir. She studied music at the University of Surrey before turning to children’s and youth work, and in her work for Guildford Cathedral encourages people of all ages to visit. For the last few years she has explored what it means to follow Jesus by doing a course called DNA: Christian Discipleship and Leadership. She is a film fan, a book fan, an avid baker and loves spending time with friends and family. She also loves the freedom of just generally getting creative.

Why I entered Sermon of the Year 2020
The theme jumped out at me as one close to my heart based on my work with young people and the main area I have personally journeyed through, so I felt I had something to share on the topic.

My immediate thoughts on being a finalist
I am both honoured and humbled to be chosen as a finalist. This sermon really came from my heart so I am thrilled. Thank you so much.

Jan is retired and now volunteers as a lay minister in the Benefice of Eynsford, Farningham and Lullingstone in Rochester Diocese. Jan read theology at King’s College London, where she met her husband who became ordained. She taught religious education in four different secondary schools. During this time, she began writing books on her subject for pupils and teachers. In her mid-thirties, Jan became the RE Adviser for Bromley Education Authority. She later gained a masters degree, with a unit on spiritual development. Her final post was as Schools’ Officer for Rochester Diocesan Board of Education. On retirement, she trained as a Reader and was licensed in 2013. She has a married daughter, two young grandchildren and a dog.

Why I entered Sermon of the Year 2020
I entered the competition because I felt inspired to do so, with such a relevant theme for our world today.

My immediate thoughts on being a finalist
I felt surprised, humbled, encouraged and very thankful.

William, age 49, is Pastor of Life Church in Cuffley. He was born in Belfast and unfortunately became a rebellious teenager. This developed into getting in trouble with the police and being expelled from school. However, at a party one Saturday night, two 15-year-old girls gate-crashed and told the house full of drunk young men that they needed to ‘get right with God’. “Three weeks later, four of us committed our lives to Jesus”.

He went on to become a soldier in the British Army, then after getting married, became a missionary to British Forces with SASRA before moving to his current church in Cuffley, Hertfordshire.

My Immediate thoughts on being a finalist
Absolute surprise! I really enjoyed writing the sermon, and hoped that whoever read it would at least be blessed by it. But now it has become very interesting! 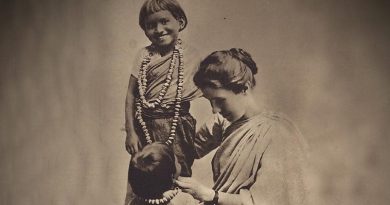 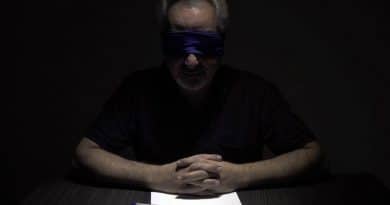 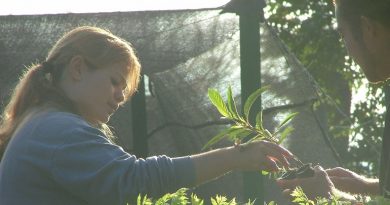