As the country faces its worst crisis since the Second World War, it is our most vulnerable that stand to be disproportionately affected. Even in times of national stability, asylum seekers face an immense array of challenges, with destitution, isolation and ill-health often simply unavoidable. As the COVID-19 pandemic steadily grows in scale, these issues are set to intensify dramatically. It is therefore crucial that people of all backgrounds have equal access to support.

Asylum seekers in the UK are penalised due to their immigration status. The inability to claim mainstream benefits or take up employment leaves asylum support from the government as the only official means of income.

For those whose asylum application is pending, the current subsistence rate provided by the Home Office is just £37.75 per person per week, an amount that makes destitution almost impossible to avoid. Asylum seekers living on this form of support often have to choose between food and other essentials. Whilst this is undesirable at the best of times, it is particularly dangerous in the midst of a global pandemic, when combatting issues such as hunger and ill-health could not be more important.

Many organisations have highlighted how this pitiable allowance frequently leads to food poverty. In a study that focused on asylum seekers in South Yorkshire, the British Red Cross found that 66% of participants experienced hunger ‘without the ability to satisfy it’ on a weekly basis.

For asylum seekers whose claim has been refused, government support is withdrawn, leading to living circumstances becoming even more brutal. Cash handouts from friends are often the only lifeline, but this means of subsistence can be unreliable in nature and does not constitute a long-term solution.

With the Coronavirus pandemic affecting so many facets of life in the UK, there is a unique risk posed to impoverished asylum seekers. Recently, a UN official, Maximo Torero Cullen, discussed the likelihood of the strain on food supplies leading to severe shortages. With considerable numbers of asylum seekers already experiencing immense destitution, these shortages will be felt particularly strongly.

What’s more, many charities have seen a drop in support amidst the current health crisis, while others have closed their facilities under social distancing measures. This will prove devastating for asylum seekers, as the provision of cooked meals at day centres provide a vital lifeline. As things stand, asylum seekers will run the risk of not only contracting the virus, but experiencing serious levels of hunger due to the immense strain on support networks.

An inspection by the Independent Chief of Borders and Immigration (ICIBI) found that much of the housing provided to asylum seekers is simply not conducive to a decent standard of living. Many homes provided under COMPASS contracts have been found with pest infestations, severe damp and poor ventilation. The issue of living in unclean, improper accommodation is one that leaves asylum seekers at increased risk of contracting COVID-19. Research from the British Red Cross revealed that, after experiencing destitution for an extended period of time, asylum seekers frequently encountered a deterioration in physical and mental health. With the virus having a particularly strong impact on those with underlying health conditions, it is imperative that asylum seekers are provided with housing that is conducive to a healthy existence.

There are a number of groups that the government has listed as extremely vulnerable to COVID-19, including those with respiratory illnesses and weakened immune systems. Due to living in such bleak conditions, respiratory illnesses are depressingly common within the asylum seeker community. The ICIBI’s inspection found that children who were known to be asthmatic were not considered for relocation despite living in properties with severe damp.

Overcrowding is also a recurring problem within asylum accommodation. Despite the fact that a number of asylum seekers are victims of human trafficking, survivors of torture or sufferers of PTSD, they are often found living in close proximity to, or sharing rooms with strangers. Without better statutory support, they do not have the luxury of finding better accommodation. Not only this, but living in close proximity to other residents deprives asylum seekers of the right to properly self-isolate, leaving them unable to follow government guidelines and safeguard themselves from the virus.

What will compound the problem is the difficulty faced in relation to accessing medical assistance. The meagre subsistence rate means that logistical costs involved with seeking healthcare are often unaffordable. For example, booking an appointment often necessitates paying for phone credit, yet this may mean sacrificing essentials such as food. As a result, many asylum seekers choose to face their ailments alone.

The fear of deportation is also an issue. Under the Conservatives’ ‘Hostile Environment’, it became permissible for NHS Trusts to share patients’ details with Immigration Enforcement, so that undocumented migrants and those without leave to remain could be identified. This has resulted in many asylum seekers choosing not to access the care they need due to a fear that it will damage their asylum claim. In the midst of a pandemic of unprecedented scale, it is imperative that immigration status no longer plays a role in a person’s ability to access treatment.

At a time when the UK is doing all it can to minimise the impact of COVID-19 on its citizens, let us not forget those that have come to seek sanctuary. There is a pressing need to develop a more egalitarian approach to dealing with the pandemic, one that provides asylum seekers with good-quality healthcare, adequate accommodation and enough money to sustain a decent standard of living. With displaced people in the UK at a serious risk of falling through the cracks, these changes are absolutely essential.

Athiei Ajuong is a content writer for the Immigration Advice Service, an organisation of immigration solicitors/attorneys. 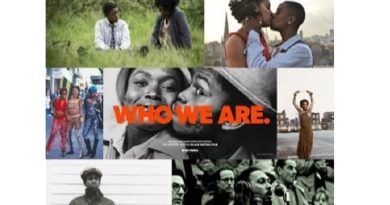 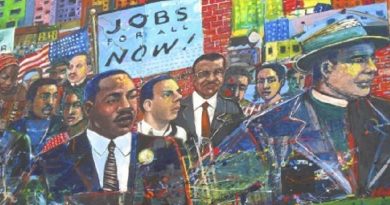