A Christian persecution watchdog has condemned footage of what appears to be a senior Nigerian political leader staging the forced conversion of a young Christian girl to Islam.

The video, which has sparked outrage on Nigerian social media, shows the Governor of the sharia-run Kano state in northern Nigeria, telling a young Christian girl to repeat the Muslim confession of faith, the ‘shahada’, in order to become a Muslim.

Abdullahi Ganduje held the ceremony in his State Government House, in front of invited members of the media.

“We were shocked to see a young girl paraded in front of media like this and made to convert to Islam.”

Becky, who is from a Christian village in Kano, was given a new Muslim name in the video.

It comes as another 16-year-old Christian girl from the Kaduna State was abducted and sent to live with ‘new’ Muslim parents. Joy Dankaka, from Ikara, went missing on Monday, March 23 and there are fears she may be facing a forced marriage.

Matthew Rees, head of Advocacy at Open Doors UK & Ireland, called for a tougher stance against forced conversion from the Nigerian Government:

“Christians in northern Nigeria, especially in the Sharia states, face discrimination and exclusion as second-class citizens.

“It’s this view of Christians that has led to the abduction and forced marriage of Christian girls in the region.

“We are urging the Nigerian Government to beef up its zero-tolerance policy on forced conversion.

“Those who have influence in Nigeria, must speak out against them – clearly demonstrating that they won’t be tolerated. 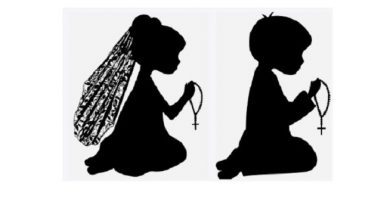 One thought on “Nigerian leader stages ‘forced conversion’ of a young Christian girl to Islam.”