Singing has always been something that just kind of, comes naturally to me. In fact, I started singing from a pretty young age, four to be exact. I remember standing in front of a congregation of about 20 people and singing whole-heartedly ‘Jesus loves me, this I know.’

I remember being told after singing, that I had a beautiful voice and that one day God was going to use me to do mighty things for him with that special gift.

That was when I was four – I’m twenty now almost twenty-one, and I suppose God is doing just that. Although I never realised that was what he wanted me to do, I mean I had an inclination that he wanted me to be used by him, but I suppose – I wasn’t ready. I didn’t want to be used. Okay, that sounds weird – heinous even, but that’s the truth. It wasn’t like I didn’t know – oh I did, but just like Jonah, I was running away from my calling.

Oh, I loved singing don’t get me wrong, I would sing at every chance I could get! Music. That’s me. And I wanted to sing, so I’d occasionally post covers on my Instagram, just so that I could sing. I’d sing at events, concerts – just so that I could sing. But although I was singing – I was singing for Him. And here’s the funny part, God knew I was avoiding his calling over my life, so he’d do little things to remind me of my purpose.

Then came the big one. This was when I knew God was getting tired of me playing this game with him. See, September of 2019, He used a brother from my church to take me aside and tell me, ‘God’s got big plans for you and he wants to use you. I can see that you’ve got the anointing but… you’re holding back.’ And that was when I stopped running, pretty much.

I remember going home and just asking God what exactly he wanted from me. And his response was as clear as crystal – sing. So, I accepted the calling and started on my journey. I designed a poster, announcing the release of my first single, took a deep breath and posted it on every social platform. Did I know what I was doing? No. Did I know what song I was going to release? No. I was doing what God told me to do, I was letting go and letting God. See, I stopped running and started being led instead. I gave in.

After a couple weeks, I finished writing my song and sat back satisfied on my navy office chair. See, it didn’t take me long to figure out what I wanted my song to be about – the answer was there all along. Reminiscing I recognised how God had so patiently waited for me to give in, He had so patiently helped me along the way. Even though I wasn’t exactly living in my purpose, He didn’t give up on me. That’s one thing I love about God, his unlimited patience – and his unconditional love. The Father’s love is so perfect. So pure. The kind of love that leaves you in awe. Leaves you speechless.

So, on February 16th, I released my first ever single called, ‘Without Condition’. Why? Because that’s precisely how His love is and forever will be. Without Condition. No strings attached. No small writing. It doesn’t matter what you’ve done, where you’ve been. His love for you will never run out.

I’ve experienced God’s love time and time again, but this was one of the times all I could do, was sit back and praise Him.

And for that, I’m thankful.

My single ‘Without Condition’ is available on all streaming platforms. 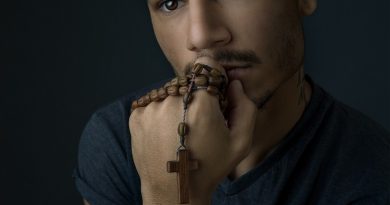 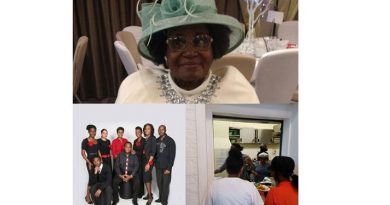