British adults are praying for an end to the Covid-19 crisis, as well as for frontline workers and those living in poverty both in the UK and around the world, according to a new poll commissioned by Christian Aid.

One in five (21%) British adults say they have prayed for people living in poverty in the UK or around the world since the lockdown.

The poll was carried out by international development agency and released today (Christian Aid Sunday), at the start of Christian Aid Week (10-16 May) which this year will raise money for poor and marginalised communities around the world who will be significantly impacted by the spread of coronavirus.

A Christian Aid report out later this week will show the devastating effects the coronavirus pandemic will have on some of the countries already facing extreme poverty, lack of health provision, internal displacement and human rights issues.

Chine McDonald from Christian Aid said: “At times of crisis like the world is experiencing now, faith can play a key part in helping people to cope with daily realities and pressures. It’s great to see that many Brits are praying for our own domestic situations, but also praying for those living in poverty in the UK and around the world.

“The coronavirus pandemic will be devastating for many of the communities in which Christian Aid works around the world, where social distancing measures, health provision and social and economic safety nets are impossible or severely lacking. As we in Britain continue to count the cost and mourn the thousands of our near neighbours who have lost their lives, we would encourage those who want to take action to support our Christian Aid Week appeal and help our neighbours further afield in some of the most challenging places on earth.

“Christian Aid Week is the longest-running UK fundraising event, uniting 50,000 volunteers to give, act and pray for an end to poverty. While this year, we are challenged to fundraise in new ways, our call for justice for the world’s poorest communities has never been more needed.”

The poll also found young people aged 18 to 34 were more likely to say they plan to give more to charity, volunteer or take part in community activities post-lockdown than they used to. One in five of them (21%) said so, compared to 11% of their older counterparts aged 35-54 and 55+.

A separate national poll commissioned by Christian Aid and carried out by Savanta ComRes last week found that three in five (61%) British adults agree that faith leaders have a role to play in providing moral guidance and spiritual leadership during times of national crisis such as the Coronavirus crisis, including one in five (18%) who say they strongly agree. Conversely, just a quarter (24%) of British adults say they disagree.

Poll on Spirituality during lockdown:
Savanta ComRes interviewed 2,025 British adults aged 18+ online between 1st and 3rd May 2020. Data were weighted to be nationally representative of all British adults by key demographic characteristics including age, gender, region and social grade. Full data tables are available on: http://www.comresglobal.com/polls/christian-aid-spirituality-during-lockdown-public-omnibus-research/

Poll on the role of faith leaders in crisis:
Savanta ComRes also interviewed 2,021 British adults aged 18+ online between 29th to 30th April 2020. Data were weighted to be nationally representative of all British adults by key demographic characteristics including age, gender, region and social grade. Full data tables are available on: https://www.comresglobal.com/polls/christian-aid-most-trusted-vicars-public-omnibus-research/
Savanta ComRes is a member of the British Polling Council and abides by its rules. 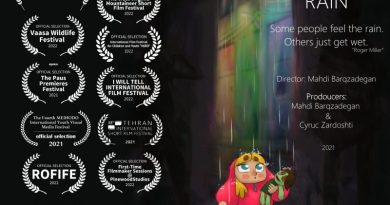 Exploring The Comedy Genius Of Richard Pryor At BFI Southbank