Two leading faith-based British charities are today standing together to urge the UK and other governments to recognise the crucial role faith actors are playing globally in tackling the coronavirus pandemic.

Christian Aid and Islamic Relief are also supporting health workers and other front-line workers in their efforts, through their international and UK programmes, and by praying for them, with their supporters.

The two organisations are expressing solidarity with millions of Christians and Muslims alike who are unable to worship in traditional ways at churches and mosques at this time.
This expression of solidarity by the charities, which represent two faiths jointly in the Abrahamic tradition, comes during the holy month of Ramadan, a time of fasting for Muslims around the world.

It also comes just weeks after Lent and Easter, during which churches remained closed across the UK.

The statement comes ahead of Christian Aid Week, which begins today.

“Around the world, we have seen that faith actors have a vitally important role to play in helping people stay healthy and safe. We urge the UK Government and other governments around the world to recognise the crucial role of faith actors during this crisis.
“And at an unprecedented time when mosques and churches are not accessible in the old ways, we urge people of faith, wherever they are, to worship in the safety of their own homes where possible.”

“As representatives of these two great global faiths, we jointly pray for all health and front-line workers, around the world, who are tackling the coronavirus pandemic. We ask that Allah shelters, comforts and heals them and their loved ones during this time of international crisis.
“At a testing time like this, it is inspiring to see the great faiths of the world come together in prayer and love.”

A national poll commissioned by Christian Aid and carried out by Savanta ComRes found that three in five (61 per cent) British adults agree that faith leaders have a role to play in providing moral guidance and spiritual leadership during times of national crisis such as the Coronavirus crisis, including one in five (18 per cent) who say they strongly agree. Conversely, just a quarter (24 per cent) of British adults say they disagree.

With the majority (84 per cent) of the world’s population belonging to a religious group, the influence of faith leaders can be a game-changer when tackling issues such as Covid-19.

Christian Aid, for example, is working with faith actors in communities which have an essential role in promoting safe spacing, restrictions and behaviour change essential to slow the spread, reduce infection, illness and death, drawing on the charity’s learning from the Ebola response.

Faith actors are connected at grassroots level and able to leverage local partnerships and engage some of the hardest-to-reach communities. Africans are more likely to contact religious leaders over any other group including traditional leaders, MPs, councillors or other officials. Our local faith partners are already active in supporting the response.
Faith actors also have a critical role at the national and international levels, complementing the national and global public health and humanitarian response. Nationally, they play an active part in moral and spiritual leadership and are able to deliver health messages where governments cannot.

Internationally, they work through both their own global structures of governance and through international mechanisms, including the United Nations. At the UN level Christian Aid is actively engaging with the World Health Organization (WHO) faith leads on faith-based guidance.

Last month, Islamic Relief issued new advice on how to adapt Islamic religious practices during the coronavirus crisis, released ahead of Ramadan in a bid to stop the spread of the deadly virus in Muslim communities across the world.

Ramadan, which started on 23 April, is traditionally a time when communities and families come together but the threat of Covid-19 means that in many places, festivities have had to be adapted or cancelled.

The guidance was developed in partnership with the British Board of Scholars and Imams (BBSI), which represents the diverse make-up of the Sunni Muslim community, the Guidance on safe religious practice for Muslim communities during the coronavirus pandemic.

It was also created in consultation with the WHO as well as international aid agencies which will distribute it to ensure it can support faith leaders, mosques, funeral workers, health professionals and chaplains as well as aid and community workers across the world. 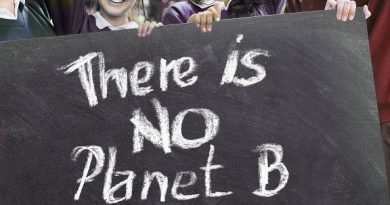