The Salvation Army’s weekly magazine, War Cry, has had an unexpected circulation boost as prisoners are requesting copies to help them cope with self-isolating during the pandemic.

In the last six weeks alone over 15 thousand copies have been delivered to 31 jails in England and Wales, representing a 16.5 percent increase*.

Last month a prisoner from the North East of England wrote to the Christian magazine saying:

“I wanted to let you know the positive impact you have on prisons in the UK. I have only recently returned to faith in the last three years and I feel a connection to God stronger than I ever have had. This has been greatly helped by the War Cry.”

The Salvation Army has a network of prison chaplains who provide pastoral and emotional support and help prepare them for life when they are released. Many prisoners with no accommodation or employment will be placed in our lifehouses (hostels) where they are given a safe environment to live and find work with a secure tenancy.

“Some of the most vulnerable and marginalised people in our society are in prison.  Mental health struggles, self-harm and addiction are all prevalent, so this time during social-distancing will be particularly difficult in prisons. Prison Chaplains and other staff are dedicated and courageous in reaching out to support prisoners. Supplying the War Cry often helps start a relationship with a prisoner and we have seen salvation come into many peoples’ lives in prison.”

“We have asked The Salvation Army for more copies of their War Cry publication as prisoners are spending more time in their cells at the moment and need visual and relevant content to look at. The content connects with prisoners as it references current TV programmes and discusses the issues of the day, together with word searches, crosswords and sudoku. Normally, prisoners come to the chapel to pick up issues, but they can’t do that at the moment, due to social distancing and we have been getting more requests for it, since more time spent in social isolation.

“The War Cry gives the Christian perspective on a wide range of things and is engaging for those who’ve had nothing to do with church or the Christian faith”.

Prisons that have requested more copies of the publication since the lock down in the UK are HMPs Berwyn (Wrexham), Bronzefield (Middlesex), Pentonville and Stafford.

Published weekly for 140 years, War Cry is usually sold on the streets but since coronavirus restrictions were brought in, the magazine has moved online and is available on The Salvation Army’s website alongside its popular children’s title, Kids Alive and The Salvationist.

“We value all the readers of the War Cry, but there is something special when we hear stories of how the magazine is helping people in prison who are trying to turn their lives around after previously making some bad decisions. Every week in the office we hear from chaplains who tell us how people they support appreciate the War Cry as well as directly from prisoners themselves.

“Helping people in jail cope with self-isolating is just one of the many ways The Salvation Army is helping people cope with the impact of the coronavirus. We are reaching deep into communities in countless ways, whether helping the homeless self-isolate or delivering food parcels to out of work families.

As well as the sellers, known as ‘heralds’ being a popular sight on high streets and in shopping centres up and down the country, the magazine also raises £1.6m every year to support the Christian church and charity’s community work like food banks, lunch clubs and hot meals for rough sleepers.” 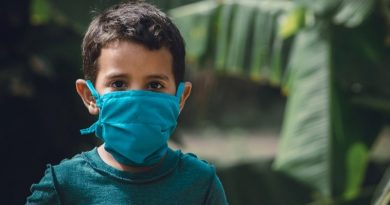