As our NHS receives the recognition that it deserves in these trying times, we look back on its history for International Nurses’ Day, and how it went on to become one of the world’s cutting-edge medical institutions.

As we celebrate the heroic feats of the NHS during the health crisis, personal biography-writing service, StoryTerrace highlights the accomplishments of extraordinary healthcare workers throughout history. StoryTerrace has documented the life stories of everyday people around the globe – uncovering stories that otherwise would have most likely been left buried within families for generations. One such tale is the story of the Jamaican nurses who, despite facing adversity and racism, helped shape one of the UK’s most treasured institutions – the NHS.

From 1948, the British Government funded recruitment drives to attract qualified nurses and trainees from the Caribbean to come to Britain, as the local population was not attracting enough candidates to the profession. Between 1948 and 1969, thousands of Caribbean nurses were recruited to Britain to take jobs in the NHS, many of whom arrived without any professional contact or working knowledge of our healthcare system. Despite discrimination, adversity and culture shock, the Caribbean nurses played a significant part in creating the NHS which we cherish so dearly today, by providing quality care for patients and training for new nurses.

Alina Wallace is one such Jamaican nurse who arrived in the UK in 1967 to pursue a Nurse Training course. She was not only instrumental in developing and training nurses to serve in Britain’s fledgling NHS, but integral in the continued development of an association which tackles discrimination in the NHS and helps new arrivals who struggle to integrate into British society. This organisation, Nurses Association of Jamaica (UK), endearingly referred to as NAJ(UK), is a charitable organisation which enables nurses to exchange personal experiences -including coping with discrimination or prejudice – and provides them with financial support where necessary. NAJ(UK) also provides financial support for health and education projects in the UK and internationally, especially Jamaica, through various fund-raising activities. Their motto “unity is strength” holds true – the charity has been going strong for over 40 years.

Alina Wallace, a serving member of the Nurses Association of Jamaica (NAJ) discusses the importance of NAJ(UK) and why she and other members of the association chose to document its history with StoryTerrace:

“We celebrated our 40th anniversary in 2018 and we all felt that we had achieved so much. We realised that we are getting on and that there aren’t many younger people replacing us; and nothing to document all that we had achieved, or how we did it. Therefore we felt compelled to leave a legacy for the next generation, to see how it began from nine visionary nurses who recognised the need to help each other, and support other Jamaican nurses coming to the UK”.

Rutger Bruining, CEO and Founder of StoryTerrace, comments on the importance of sharing  and reflecting on experiences during this period of crisis, as well as the advantages of documenting life stories for future generations:

“Healthcare providers are an integral pillar of modern society – one that throughout history, may have been taken for granted as a comforting background protection until a catastrophe hits. Our goal for International Nurses’ Day this year is to shed light on the bravery of nurses today and throughout history by sharing their stories.

At StoryTerrace, we truly believe that during particularly uncertain times, we look to stories to help us remember and reflect upon the accomplishments and experiences of those before us. Alina Wallace and the Jamaican nurses who helped form the NHS are heroes who have paved the way for the heroic healthcare providers on the frontlines today. Storytelling presents a chance to start a new chapter and reconnect with one another on an emotional level. It offers the chance to learn and grow from past experiences in a world that so deeply needs evolution in all its forms. When disaster strikes, storytelling can build resilience and inspire. It can give morale a boost and can help to create an environment where people can overcome rather than come undone.”

StoryTerrace is a company which connects everyday people with professional ghost-writers, meaning that everyone can have their life story, or the life stories of their loved ones, documented in a professionally curated autobiography, biography or series of memoirs. They have a network of 600 professional writers worldwide, many of whom are critically acclaimed, and provide a range of packages to suit each individual life story.

If you’d like to hear more from Rutger, please don’t hesitate to let me know. 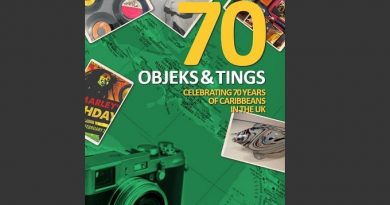 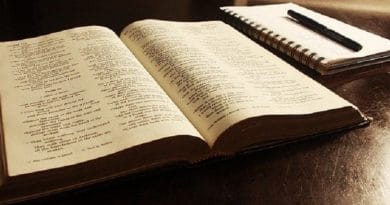 Light a Candle: Light a FireA Beginner’s Guide to Writing Poetry for Mission and Praise