The Supreme Court is hearing oral arguments this week for cases that will be decided in late May or June. Here are five with implications for religious liberty.

The Case: Little Sisters of the Poor v. Commonwealth of Pennsylvania

What It’s About: In 2016, the Catholic group Little Sisters of the Poor won a Supreme Court decision that exempted them from having to provide insurance coverage for contraceptives, sterilization, and abortifacients. The court ordered the Health and Human Services to create a religious exemption, which was established in 2017. However, the state of Pennsylvania sued the federal government to take away the exemption from the Little Sisters. Pennsylvania asked a judge to order that the Little Sisters must comply with the federal mandate (not a state mandate) or pay tens of millions of dollars in fines.

Why It Matters: While a ruling may not have broad ramifications, a solid loss for Pennsylvania might discourage other states from attempting to harass religious believers by attempting to force them to violate their beliefs in order to further a government goal.

The Case: Our Lady of Guadalupe School v. Morissey-Berru

What It’s About: In 2015, Morrissey-Berru, a teacher at a Catholic school who was responsible for leading students in daily prayer and preparing them for Mass, was not rehired by the school because of poor performance. As Becket Law explains, the teacher sued in federal district court, which agreed with the Supreme Court’s Hosanna-Tabor decision that church schools like Our Lady of Guadalupe have the right to select their teachers—a concept known as the ministerial exception. On appeal, the Ninth Circuit reversed the decision, admitting that while Morrissey-Berru had many religious duties, they were not religious enough to warrant First Amendment protections.

Why It Matters: As the Ethics and Religious Liberty Commission, et al., note in their amicus brief, the ministerial exception is a vital safeguard against government intrusion on the “authority to select and control who will minister to the faithful,” which “is the church’s alone” (sections in quotes are citations from the Hossanna-Tabor case).

What It’s About: Thomas Rost, a devout Christian, runs a small, family owned funeral business. Rost hired Anthony Stephens as a funeral director in 2007. At the time, Stephens presented as a man. In a July 2013 letter, Stephens first told Rost that he identifies as female, that he “intend[ed] to have sex reassignment surgery,” and explained that “[t]he first step . . . is to live and work full-time as a woman for one year.” Stephens’s plan was to present as a woman and wear female attire at work. Rost told Stephens that the situation was “not going to work out,” but because he wanted to reach “a fair agreement,” he offered Stephens a severance package. Stephens declined the offer and filed a charge of discrimination with the EEOC in September 2013, alleging an unlawful discharge based on “sex and gender identity” in supposed violation of Title VII.

According to court documents, Rost believes the Bible’s teaching that sex is immutable and that he “would be violating God’s commands” if a male representative of Harris Homes presented himself as a woman while representing the company. Were he forced to violate his faith that way, Rost “would feel significant pressure to sell [the] business and give up [his] life’s calling of ministering to grieving people as a funeral home director and owner.” (The EEOC “does not contest [Rost’s] religious sincerity.”)

Why It Matters: If the court deems it reasonable to use “sex” as synonymous with transgenderism and homosexuality, federal agencies will be able to override the will of the American people on these issues. This case also has important implications for religious freedom, since Christian-owned businesses would be required to hire and accommodate transgender persons even for roles in which it would violate their employer’s moral and religious beliefs (e.g., such as hiring a man who identifies as a women to work in areas where girls and women undress).

What It’s About: In 2014, Louisiana passed a law requiring doctors who perform abortions in the state to have admitting privileges at a nearby hospital. Currently, four abortionists work at the three abortion clinics in Louisiana. Because only one of the physicians has admitting privileges, the law would prohibit the other three from performing abortions unless they meet the requirement.

Opponents of the law claim it violates the precedent set in Planned Parenthood v. Casey that the states cannot put “unnecessary health regulations that have the purpose or effect of presenting a substantial obstacle to a woman seeking an abortion impose an undue burden on the right.” The court struck down a similar Texas law about admitting privileges in the 2016 case Whole Woman’s Health v. Hellerstedt, claiming the restriction provided no health benefits for women seeking abortions.

Why It Matters: While this case is not likely to lead to the overturning of Roe, it could provide an opportunity to undermine the effect of the unjust precedent. Many pro-life groups argue that the court should abandon the undue burden test in cases challenging the validity of laws that regulate medical professionals who perform abortions. Instead, they say, the case of Washington v. Glucksberg (1997) should serve as the binding precedent. (In that case, the court was asked to determine whether physician-assisted suicide violates the Fourteenth Amendment’s Due Process Clause.) If the court weakens or overturns the “undue burden” standard it could open the gates for states to impose additional restrictions on abortion.

Because the state constitution includes a ban on aid for churches and religious schools (such bans are often called Blaine Amendments), the Montana Department of Revenue issued a rule that prohibited parents from using the scholarships at religious schools. Two mothers, whose children received the scholarship and attended private Christian schools, filed a lawsuit claiming it was a violation of the U.S. Constitution.

A state trial court agreed with the parents, but the Montana Supreme Court reversed the decision. Montana discontinued their program, but 18 other states still have similar tax-credit scholarship programs. The decision by the court could also have a broad-based effect on similar funding of religious schools.

Why It Matters: The Supreme Court could rule in such a way that would dismantle anti-religion state laws from the mid-19th century called Blaine Amendments, and allow religious school students to participate in these funding programs in the same way as students who attend non-religious schools. The ruling could also reinforce the precedent set by the Trinity Lutheran case and apply it to a broader range of issues involving state funding and support of religious education. 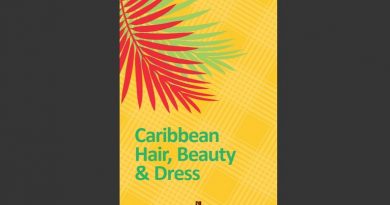 70 Objeks & Tings – Celebrating 70 Years of Caribbeans in the UK