As major challenges for the global economy are predicted in the wake of the coronavirus pandemic, a diverse group of faith institutions is putting the call for a just economic recovery into practice.

“We reiterate the urgent concerns of Christians around the world in relation to climate change and its adverse effects on the whole of creation. The moral imperative of fossil fuel divestment and of investing in a low-carbon path to realising economic, social, and ecological wellbeing and sustainability for the whole creation is more urgent than ever.”

Earlier this month, a new report from Operation Noah showed that none of the major oil companies are compliant with the Paris agreement targets. The former Archbishop of Canterbury, Rt Revd Dr Rowan Williams, said in response to the report,

“The current health crisis has highlighted as never before the need for coherent international action in the face of global threat. Can we learn the lesson and apply it to the global threat of climate change? To do so means taking practical and effective steps to reduce our lethal dependence on fossil fuels.”

Illustrating the need for a just recovery, the Episcopal Commission for Justice and Peace in Bangladesh is among those committing to divest from fossil fuels. Bangladesh is home to the world’s largest refugee camp, where more than half a million people live near the Bay of Bengal. The Bay of Bengal is extremely vulnerable to the greater risk of catastrophic storms that come with climate change. A viral pandemic and a catastrophic storm would bring one of the world’s most vulnerable communities to a halt, illustrating the need to repair the faults that have left economies near the breaking point.

“The decisions we make now will affect the future of humanity for thousands of years. These faith institutions are showing strong leadership in response to the climate crisis, and we urge governments around the world to follow their lead in ending support for fossil fuels and investing in the clean technologies of the future.”

A full list of the 42 institutions divesting from fossil fuels and statements from leaders can be found here.

“Every dollar invested in fossil fuels is a vote for suffering. These institutions are taking prophetic action to light the way towards a more just and sustainable future because now more than ever, we need to protect our communities and build a just recovery together.”

“The COVID-19 crisis shows us that our current way of living is unsustainable, we are sick because the Earth is sick.  We cannot go back to normal, we must grow back to a new way of sustainable living. As we move into a post COVID-19 era, we must move away from sources of energy that contribute to climate change and air pollution.”

“Climate change is the most pressing challenge the world faces as climate disasters wreak more and more destruction, hitting poorer countries the hardest – despite them having done the least to cause them. The decision to divest is principally a response to the clear moral imperative of acting to safeguard our planet for future generations at a time when scientific evidence is mounting that we are facing a grave climate emergency.”

“At Lancaster Methodist Church, we feel that avoiding fossil fuels is an essential step during the Climate Emergency. As such, divesting our funds from any investments connected with fossil fuels is a Christian imperative.”

The Rise of Church Entertainment – a Good or Bad Thing? by Owanari Briggs 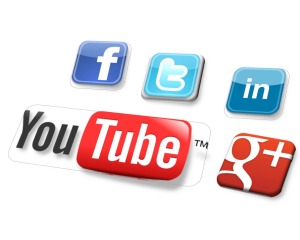