Ravi Zacharias, the powerful evangelist and apologist for Christ, has been promoted to glory.

Ravi was a man who, as a teenager, had a dramatic conversion to Christ and spent the rest of his life proclaiming Jesus across the world with authority, intelligence and power.

When I heard of Ravi’s passing, there was, of course, a sense of loss. That feeling of bereavement was not particularly for Ravi – he is safely with the Lord who he served so faithfully – but it was for his wife, family and his many friends and colleagues. I have known Ravi for decades, having first heard him in 1982 when I was a young evangelist. Our paths crossed several times over the many decades since and he was always affirming and encouraging. A few years ago I was honoured and humbled by his invitation to speak at the annual conference of the Ravi Zacharias International Ministries. Because we evangelists tend to see ourselves as those who fight together on the frontline of the faith, his passing is the loss of a valiant and valued fellow evangelist and apologist.

I am also very grateful that I learned two big things from Ravi. The first thing I learned was the importance of depth. When I first met Ravi I was already an evangelist, but in hindsight I think my understanding of the gospel and preaching was naïve and rather shallow. I saw the task of the evangelist as preaching straight to the heart. What I learned from hearing Ravi speak then – and an invaluable hour or so afterwards in which he let me bombard him with questions – was the necessity of undergirding such preaching with appeals to the head. I realised that to proclaim the good news of Jesus I had to be able to argue my case. Effective evangelism needed sound apologetic foundations: it wasn’t enough to proclaim to people ‘believe in Jesus!’ we also needed to be able to say ‘this is why you should believe in Jesus!’ That was a vital truth in the 1980s; it has turned out to be even more vital in our age of endless and competing worldviews.

The second big thing I learned from Ravi was that of strategy. Ravi was a preacher and teacher, but he was also a builder. As clearly, perhaps, as any evangelist of his time, he saw the necessity of multiplying his efforts by finding and training other evangelists and apologists. Through the Ravi Zacharias International Ministries that he founded, he was able to multiply his efforts during his life and continue them after his passing.

I also feel gratitude, both to him and to the God who converted, empowered and upheld him. In a rich and faithful life such as his, death comes not as a traumatic ending but as merely the completion of a chapter, the closure of the brief earthly prelude before eternity.

Ravi’s life was extraordinarily well lived. It’s probably impossible to say how many people he preached to in nearly 50 years of Christian ministry; it’s definitely impossible to say how many lives he impacted through his books and talks or through those whom he trained and encouraged to be evangelists. The key verse in his conversion came from the gospel of John where Jesus says, ‘Because I live, you also will live’ (14:19 NIV). It’s a verse that could be applied to Ravi: because he lived, others also live. What finer epitaph can anyone have? 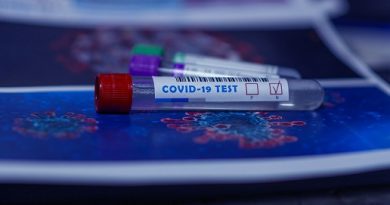 2 thoughts on “In Memory of Ravi Zacharias”