In a document released this week, ACT Alliance, a network of 135 faith-based actors and churches operating in 120 countries, calls for attention on the gendered dimension of COVID-19 that the international community, including churches and religious organisations,  should take into account when designing its response.

Women are afforded fewer rights than men worldwide, and although the disease itself might cause higher mortality amongst men, it is clear that the social impacts of COVID-19 will impact women the most.

There is a high concern among practitioners that these impacts will be even more detrimental in countries with weaker health, social and legal systems.

Making up the larger chunk of the informal workforce, women living in poverty do not have the ability to take time off work, have adequate access to housing to self-isolate, or to stockpile provisions. Poor women, girls and vulnerable groups are least likely to be able to access healthcare and treatment, especially in most of the world where health systems are largely based on patients’ ability to pay, rather than on their need.

In countries in the Global South like Brazil, India and Kenya among others, many economically vulnerable women live in densely packed slums and access to medical pay and good healthcare are only available to wealthy individuals, mostly men.

The situation will be critical for women migrant workers, women on the move and those living in refugee camps who normally have reduced access to healthcare. Particular job profiles, such as domestic workers, may become especially exposed to transmissions, as employers shift more dangerous tasks to them, without providing adequate protection and care.

“Domestic violence cases have risen dramatically as women and girls across most countries have been quarantined, often with their abusers.

“It is crucial that all governments put in place affirmative actions and inclusive policies that level the playing field. There is an urgent need to reach communities, especially the most vulnerable to COVID-19, with timely, accurate, accessible information.”

ACT Alliance, together with its members, has launched a Global Appeal to support the most marginalised communities during this crisis as well as providing pastoral guidance and spiritual support in the recovery phase, to prevent and reduce fear and stigma.

Adventuring Into The Unknown: How God Taught Me Peace In An Anxious World 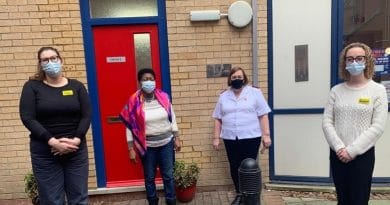 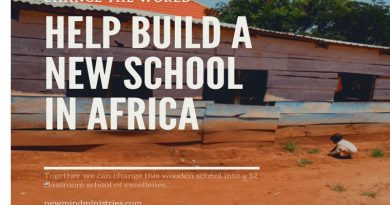