Christian Aid and its local partners are responding to Super Cyclone Amphan, which has destroyed the homes of millions of poor and vulnerable people residing in coastal communities across the Bay of Bengal.

With winds reaching 120mph, and waves of up to 17ft, Amphan is said to be the worst storm to hit the region since Cyclone Sidr in 2007, which killed more than 3,000 and left millions reliant on international aid.

Electricity lines and communications are down across affected regions, that now must cope with both the aftermath of the storm and the ongoing Covid-19 pandemic.

Communities in Bangladesh – including Cox’s Bazar, home to the world’s largest refugee camp – were urged to evacuate to the 16,000 official evacuation shelters on higher ground to escape tidal surges, with 2.4 million people making the move according to official Bangladeshi government reports.  In India’s West Bengal state, 500,000 people were successfully evacuated from low-lying areas, and 150,000 in Odisha.

Yet, additional challenges have arisen with the risk of Covid-19 transmission at the forefront of the populations’ minds, leading to people hesitating to leave.

“We are in a very challenging time. Many people are scared of catching Covid-19 and it has hampered our partners’ efforts to get people to safety.  Temporary shelters are having to practise social distancing, which is extremely difficult in an emergency evacuation situation.  Many people are preferring to take shelter in a neighbour’s house or on higher land over the official shelters, especially as there are reports of shelters lacking sufficient facilities.

“Thankfully, community preparedness has led to minimum deaths, but Amphan has left huge devastation in its wake, with homes, communications, crops and livelihoods destroyed.  Approximately 80% tin-roofed homes in Satkira district have been blown away and families are struggling to find clean water and food.

“We are also glad to report that initial reports indicate minimal damage to camps in Cox’s Bazar.

“The region is experiencing an increased number of intense storms year on year, and it is the most poor and vulnerable who are being hit the hardest.  They are still restoring their homes and livelihoods from previous years, including Cyclone Bulbul, which affected 1.8m people and damaged 70,000 homes in November, and Amphan risks putting them back to square one.  The lack of clean water and food further exacerbates their situation as they continue to be mindful of cleanliness during the pandemic.”

Christian Aid and its partners are supporting long-term programmes in these affected areas already in both Bangladesh and India, and have worked with these communities to prepare them for disasters, establishing early warning systems to help them get to safety when storms hit.  The organisation is mobilising its Bangladeshi partners in Satkira, Khulna and Cox’s Bazar and plans to support affected communities with shelter, food and hygiene kits (including soap, masks and hand sanitizer).  In Odisha and West Bengal, India, Christian Aid’s local partners plan to provide tarpaulin sheets for shelter, as well as mosquito nets, ground mats and solar lights, soap, safe drinking water and food. 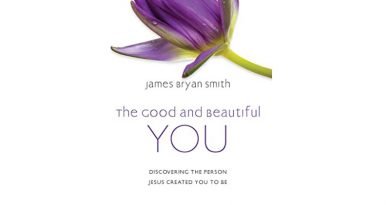