Directed by Nisha Ganatra, and written by Flora Greeson, The High Note follows the story of ageing superstar, Grace Davis. Played by Tracee Ellis Ross, the film offers a peek into her life as a wealthy superstar, and all of the diva traits that come with it!

Daughter of Motown legend Diana Ross and top music executive Robert Ellis Silberstein, Golden Globe® Award-winning actress Tracee knows first-hand the world of show biz, which no doubt helped her to perfectly portray her characters, inner soul diva, reminding us that she is more than worthy of a place on stage, as well as our screens.

Keeping up with Grace’s demands is her timid, yet highly devoted personal assistant Maggie (Dakota Johnson). Living in awe of Grace, Maggie spends her days running errands, whilst trying to hold on to her hopes of becoming a successful music producer; chasing her dream by creating and producing from the confines of the apartment she shares with roommate Katie (Zoe Chao).

Johnson maintains a similar balance of confidence and insecurities that she portrayed as her character Anastasia “Ana” Steele in Fifty Shades of Grey, but this time, she is the one looking to take control, seeking to find her place within the male-dominated music business.

And despite her sometimes frustrating level of timidness, you can’t help but know there is an inner fire within her. Rooting for her to succeed, whilst at the same time wishing from the start that she would take the step up that she deserves.

With age on her mind and an impressive wardrobe of glittery outfits and heels, Grace’s musical journey takes a turn when her manager Jack, played by rapper Ice Cube proposes she takes up residence in Vegas. With Grace realising her career could be at risk of drying up, having not had a hit in over a decade, and living off former glories, (although all whilst touring at sold-out stadiums) she isn’t sure which way to turn….and this is where Maggie gets her chance to shine!

Offering Grace new material, as well as her skills a producer, the feel-good vibes hit full swing, because who doesn’t like a bit of girl power?!

With their plan put into motion thanks to the help of gifted musician David Cliff (Kelvin Harrison, Jr.) the pair get ready to inject some influential female presence into the music industry!

But not before much loved English comedian and actor Eddie Izzard, who plays music superstar Dan Deakins, shows us that he is a true Rockstar!

With a fresh and breezy tone, yet with several important underlying messages; if you enjoy humour, feel-good vibes galore, and a touch of girl power, The High Note will definitely hit the right notes! 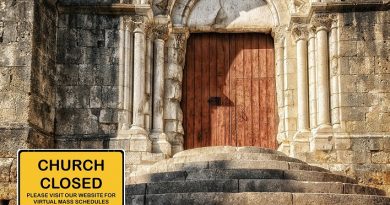 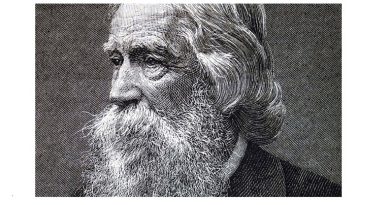 Heroes of the Faith: John Paton