During the onboarding process for a job at a Christian non-profit, I was asked to sign a non-disclosure agreement. Is it wrong for ministries to ask employees to sign an NDA? And is it wrong for Christians to bind themselves to such agreements?

A non-disclosure agreement (NDA), also known as a confidentiality agreement, is a legally enforceable contract that creates a confidential relationship between at least two individuals or parties for a specified period of time. By signing an NDA, a person agrees not to share certain confidential information with an outside third party unless specified in the agreement. In the business world, NDAs are commonly used to allow a company to provide access to proprietary information without fear they will disclose that information.

An NDA is typically either unilateral or mutual. A mutual NDA is used when two individuals or parties are restricted from disclosing information related to both of the agreeing parties. A unilateral NDA restricts only one of the signers from disclosing information related to the other agreeing party. This type is commonly found in employment agreements that include a clause restricting employees’ use and dissemination of company-owned confidential information.

NDAs were once used primarily by tech companies. But their use has become common—perhaps too common—in all types of organizations, including churches, ministries, and Christian nonprofits. According to Harvard Business Review, more than one-third of the U.S. workforce is bound to their company by an NDA.

Uses (and Misuses) of NDAs

Church or ministry employees may have access to a broad range of confidential information, including how much individual members give in tithes to how often the associate pastor attends couple’s counseling with his spouse. A certain level of discretion is necessary for a local church or Christian non-profit to function biblically and effectively, so it’s not unreasonable for ministries to agree to keep such information private.

While NDAs can be of almost any length, most employment-based NDAs are rather brief. For example, an NDA for a church employee might read:

[Church Name] Officers are responsible for the security of any confidential information to which they have access. They have an obligation to maintain the confidentiality of proprietary, confidential and sensitive information, documents and data concerning [Church Name], its staff, members, organizations and Pastor. Church Officers will not discuss or divulge internal church business concerning any of the above entities except to (1) the extent necessary for the normal conduct of business and (2) those that are specifically authorized to receive such information.

There is certain information, however, that NDA cannot forbid. NDAs can never prevent an employee from assisting in official government or law enforcement investigations or prohibit employees from officially reporting illegal conduct. As Orly Lobel notes, Title VII of the Civil Rights Act also invalidates agreements that prohibit employees from filing charges with or assisting the Equal Employment Opportunity Commission in its investigation of any charges.

Yet despite these protections, NDAs are sometimes used in ways that allow the cover-up of abuse, sexual harassment, racial discrimination, or other immoral actions. Over the past few years the public has become increasingly aware of how NDAs are used in the settlement of lawsuits. For instance, Hollywood mogul and convicted sex offender Harvey Weinstein had women he abused sign NDAs that not only prohibited them from speaking out, but also barred her them from sharing their story with friends, family, or doctors, unless they too signed NDAs. NDAs may also incentivize such immoral behavior by giving people the impression, whether true or not, that their misdeeds can later be covered up by a legally enforced silence.

Such misuse, though, does not nullify the legitimate use of NDAs. Instead, it should motivate us to close the loopholes that allow NDAs to hide misconduct and obstruct justice. For example, after the news of Weinstein broke, several states took action to put limits on the ability of NDAs to hide sexual harassment in legal settlements.

How We Can Improve NDAs

Christians are held to an even higher standard, though, so we can and should do more at the individual and organizational levels. For instance, if you are asked to sign an NDA, you can request to modify the document by adding a requirement that enforcement of the confidentiality clause would be subject to a Christian conciliation process and mediated by an agreed upon volunteer or professional mediator, an outside local church or group of elders, or a formally established conciliation ministry.

Here’s an example of how such a clause could be used. Earlier this year a chief financial officer at a South Carolina megachurch was allegedly fired for violating an NDA when he spoke out about the prosperity gospel preacher’s financial misconduct, which included buying his wife a $200,000 Lamborghini sports car. If a conciliation clause were included, the church would have had to convince the mediator that the fired employee was violating a biblical command to keep such information confidential.

At the organizational level, churches and ministries can also narrow the scope of confidentiality agreements. They can more clearly outline what areas truly warrant discretion (such as counseling or member giving) and where publicly notifying the larger body of Christ would be warranted (such as attempts to cover up abuse). They could also include a conciliation clause that would allow an outside party to determine whether specific information truly deserves the veil of secrecy. Knowing that other believers could be privy to internal information would encourage transparency and accountability.

Confidentiality is often an important element in living at peace with everyone (Rom. 12:18). But we are also called to confront sin and even, if necessary, bring it before the church (Matt. 18:15-17). This requires we possess the legal freedom to call out wrongdoing when we see it, which puts a limit on the privacy afforded to a ministry. Just as strict confidentiality is not the biblical standard for pastoral counseling, it should not be used as the standard for inter-organizational management. We can glorify God by providing legally bound discretion only so long as it does not require that we cover up sinful behavior. 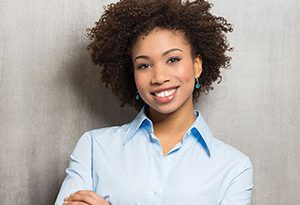