Internationally renowned worship artist, Matt Redman has recorded a special version of Amazing Grace with ‘friends’ for an annual global, ecumenical prayer movement led by the Archbishops of Canterbury and York.

The song brings together singers from a variety of different backgrounds including worship leader, Pete James and award-winning Gospel choir, Sounds of New Wine directed by sought after choir, Lawrence Johnson.

Other contributors include singers from L’arche and churches across England including Sheffield and Gloucester. The music video also features a number of young people signing in Makaton.

The Amazing Grace video will premiere at the end of the Church of England’s Pentecost Sunday church service for Thy Kingdom Come including His Holiness Pope Francis and senior UK Church leaders,  the Archbishop of Canterbury Justin Welby and Archbishop of York, Dr John Sentamu, Pastor Agu Irukwu and Archbishop Angaelos.

Heidi Crowter, an advocate for people with Down’s Syndrome and the Methodist Church of Great Britain’s Youth president, Thelma Commey, will also be involved.

The service marks the finale of Thy Kingdom Come, an ecumenical prayer movement for evangelisation, which unites thousands of Christians in prayer from Ascension to Pentecost.

Initially call to prayer from the Archbishops of Canterbury and York to the Anglican Communion in 2016, Thy Kingdom Come has since mushroomed into a movement gathering Christians from 65 different denominations and traditions, in 172 nations worldwide.

The campaign, characterised by its mass gatherings and outdoor celebrations was radically revamped due to Covid-19, with many Christians this year, participating in their homes.

“One of the privileges of working on Thy Kingdom Come is seeing people unite in prayer and worship across denominations, generations and walks of life. This prayerful hymn, Amazing Grace, led by Matt Redman demonstrates this beautifully.”

“I love that we’re making the most of this physical distancing moment, and coming up with new ways to connect, and to worship together. This ‘Amazing Grace’ hymn video is a lovely example of this – and it was so special to be a part of. Lots of different voices, from lots of different places and walks of life – but one heart and one song! I hugely applaud all that Archbishop Justin and his team are doing through Thy Kingdom Come – it’s become a fantastic part of the annual rhythm of the UK church – and it’s such a joy again to be a part of.”

“SONW are excited with being involved in such a monumental event that bring us all together with one voice, one Heart & one vision.”

“At L’Arche we believe everyone, with or without learning disabilities, can contribute, enrich and inspire our world. Community member Richard said: ‘It was exciting to be involved in this project. The words of Amazing Grace are so uplifting! Thank you for inviting us to take part in this project.”

The service will broadcast at 9am on Pentecost Sunday, 31st May, on the Church of England’s Facebook page. 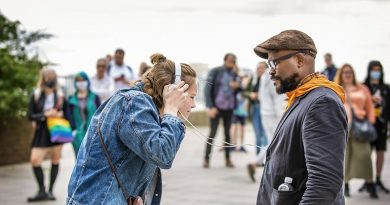 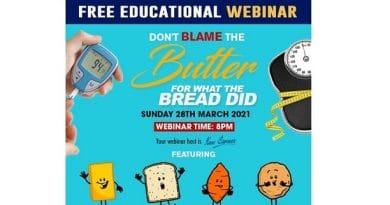