For the first time in forever (at least, in my culture and lifetime), gathering the local church presents a threat to public health. If we were doing church right before—singing our guts out, hugging freely, crying on shoulders, sharing food, welcoming homeless friends, and carrying each other’s kids—God’s people gathered should’ve been the most infectious show in town. Not meeting now should hurt. Meeting with social distancing should hurt. We Christians should welcome suffering to safeguard others. But the pain of a dismembered body—even for a short time—should be real.

While we endure this short-term pain for the sake of public health and neighbor love, we should also be aware of the significant public health benefits of church gatherings in general. Indeed, this month, a team at the Harvard School of Public Health published yet another study pointing to the potentially lifesaving effect of church attendance.

The term “deaths of despair” was coined in 2015 to describe fatalities from suicide, drug use, and alcohol. Such deaths have increased dramatically in recent decades. Indeed, as Harvard School of Public Health professor Tyler VanderWeele notes in a recent article, the increase in such deaths has been “so severe that they have led to reduced life expectancies in the United States for three consecutive years, in 2015, 2016, and 2017—the longest consecutive decline since World War I.” So, what’s driving this destructive train?

A team at the Harvard School of Public Health published yet another study pointing to the potentially lifesaving effect of church attendance.

Multiple social and economic factors have been cited. Declining job opportunities, declining social and family support, declining marriage rates, and increased access to opioids all fuel the engine of despair. But one important factor is often left out of the public analysis: the effect of secularization.

In 2007, atheist social psychologist Jonathan Haidt summarized findings to date on the benefits of religious participation: “Surveys have long shown that religious believers in the United States are happier, healthier, longer-lived, and more generous to charity and to each other than are secular people.”

But since then, the correlation between regular churchgoing and multiple mental and physical health benefits has become yet more established. In a 2016 USA Today op-ed titled “Religion May Be a Miracle Drug,” Harvard professor Tyler VanderWeele and journalist John Siniff wrote, “If one could conceive of a single elixir to improve the physical and mental health of millions of Americans—at no personal cost—what value would our society place on it?”

They went on to outline the multiple mental and physical health benefits correlated with attending church once a week or more, including reducing mortality by 20 percent to 30 percent over a 15-year period.

While most of the study participants attend church services versus other religious gatherings, the positive effects aren’t limited to Christianity. For example, participating in Jewish services once a week or more seems similarly correlated. But the effects aren’t simply attributable to social support, as if just gathering with a group of likeminded people for a regular shared activity is all that’s at play. In fact, social support seems to account for only about a quarter of the benefits of religious participation.

[There are] multiple mental and physical health benefits correlated with attending church once a week or more, including reducing mortality by 20 percent to 30 percent over a 15-year period.

The mental health benefits are particularly striking. Studies have shown that those who participate in religious services at least once a week are more optimistic and have lower rates of depression, and are less likely to commit suicide than those who don’t. And these effects aren’t slight. One large-scale study of U.S. women found that those who attended religious services at least once a week were five-times less likely to kill themselves than those who never attended. I was so stunned by this when I first read the research that I asked VanderWeele whether the correlation between religious participation and lower suicide rates was really that pronounced. He replied, “Yes! Studies suggest three- to six-fold lower rates. It may be one of the most protective factors known for suicide!” His latest research on “deaths of despair” (published earlier this month) is similarly striking.

The study, which focused on health-care workers, followed 66,492 women and 43,141 men over 16- and 26-year periods, respectively, and the number of deaths due to suicide, drug overdose, or alcohol. It controlled for multiple factors, including age, race, geographic region, income, health status, health behaviors, smoking, mental health, other forms of social support, and found that—compared to those who never attended—women who attended religious services once a week or more were 68 percent less likely to die “deaths of despair,” and men 33 percent less likely. Again, these results are quite startling—especially for women.

VanderWeele teamed up with journalist John Siniff again last week to report this news to USA Today and to note its poignancy at a time when health-care workers are under so much psychological strain and when churches haven’t been able to meet. We know some of the factors that increase the speed of the train hurtling people toward deaths from despair—factors likely even more present in the aftermath of the COVID crisis. Religious participation, it seems, can play a massive role in putting on the brakes.

What the Research Doesn’t Mean

This research on the protective effects of churchgoing doesn’t mean that faithful, active, practicing Christians have no risk of deaths from despair. For too long, depression and suicidal ideation have carried social stigma in Christian circles. Too often, we’ve left believers feeling like they’re to blame for their mental health struggles, discouraged them from seeking professional help, and suggested that, if only they prayed more or had more faith, their burdens would be lifted. While many Christians testify to the Lord answering their prayers in just that way, Scripture and Christian history also give us multiple examples of deeply committed believers facing ongoing struggles of all kinds.

The research on the protective effects of churchgoing doesn’t mean that faithful, active, practicing Christians have no risk of deaths from despair.

For example, when the apostle Paul prayed earnestly three times for a mysterious “thorn in his flesh” to be removed, the Lord replied: “My grace is sufficient for you, for my power is made perfect in weakness” (2 Cor. 12:7–9). Likewise, Charles Spurgeon was plagued for decades with severe depression. This research must not be weaponized to shame struggling Christians. Rather, it should be a call to all of us in the body of Christ to love our brothers and sisters who struggle with depression, suicidal ideation, alcoholism, or drug abuse all the more.

But it does mean—contrary to the beliefs of some—the church has something important to offer in the battle against deaths of despair.

What the Research Does Mean

The New Atheists proclaimed that religion poisons everything, that church involvement is a psychological straightjacket that constricts human flourishing. For some, the handful of churches that caused significant spread of COVID-19 by meeting in defiance of public health orders is just another example of the menace of religion. But this latest research from Harvard contributes to the growing body of evidence suggesting that, in general, rather than hampering human flourishing, regular religious participation is measurably good for us. Put another way, increasing secularization (at least in America) is nothing short of a public health crisis.

Right now, we Christians are deprived of the full joy of meeting together. A global pandemic is tying our hands. But the slow-burn epidemic of deaths of despair will be with us long after the pandemic has passed. As we embark on a time of increased unemployment and the ongoing effects of isolation, let’s be ready to receive those careening toward despair.

Increasing secularization (at least in America) is nothing short of a public health crisis.

The Christian life is far more than church attendance, and the hope of the gospel is far more than a guard against suicide. But it’s not less. For those struggling with depression, drug addiction, alcoholism, or just the low, persistent hum of hopelessness, this data might be the encouragement they need to consider trying church. Turning to a God who is “near to the brokenhearted and saves the crushed in spirit” (Ps. 34:18) can be life-saving: both for eternity, and for here and now. 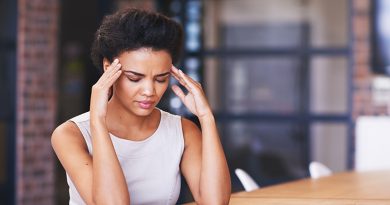 Learning to be Christlike – Even when it hurts