As faith leaders and activists from all over the UK, we write in solidarity with the black communities in the USA and the UK.

We have been horrified by the killing of George Floyd in the USA, and the brutality against the black communities there. Whilst these events have taken place thousands of miles away, we cannot ignore them, and must remain vigilant with regards to the situation in the UK.

We believe that voices from the black communities should be at the fore now, but as many of our own communities are comprised of people from different races and ethnicities, we wanted to make a statement of support. We stand alongside the black communities of the UK, of all faiths and none. Whilst Britain is overall a tolerant country, we recognise the history of systemic racism and prejudice many have faced, and reject the pernicious ideology of white supremacy.

As in the USA, COVID-19 has shone a spotlight on longstanding racial inequalities in this country. The report published by Public Health England this week shows that people from black and Asian ethnic groups are up to twice as likely to die from COVID-19 than those from white British backgrounds. This is deeply troubling, and there is concern that the crisis will have further disproportionate impacts on the BAME community in other ways.

We stand shoulder to shoulder with the black population of the UK, and the USA, in affirming that Black Lives Matter. Support for social change from different faith communities has been a source of strength in the past. The civil rights movement in the USA in the 1960s was backed by many faith communities. Rev Martin Luther King was president of the Southern Christian Leadership Conference and received support from different Churches. Furthermore, one of King’s most vociferous allies was Rabbi Abraham Joshua Heschel, who famously said after marching with him at Selma in 1965: “I felt my legs were praying.”

As well as expressing solidarity with the black population of the UK and USA, we recommit to standing up to racism and prejudice within our own communities, and wider British society. 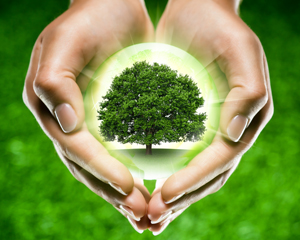